Virtual Heritage Tour in the Time of Corona 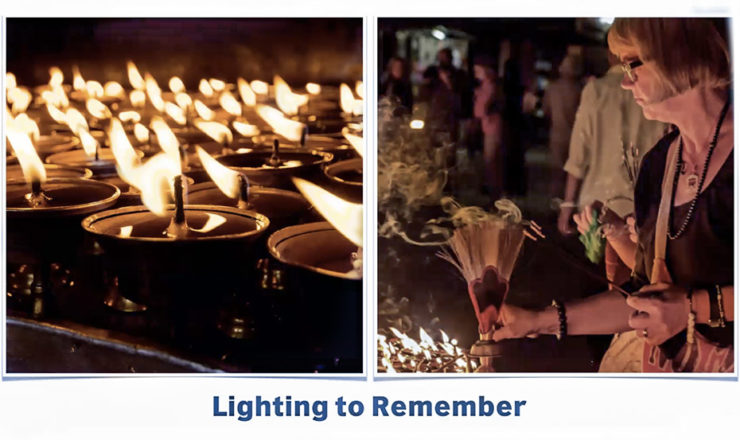 As the whole world is still gripped with Covid-19 and most people are confined within the boundary of their houses. In this time, cultural heritage has an equal impact as other economic sectors. Especially in the places where people’s social practices and everyday life is connected with heritage it has been hit hard. In case of Nepal not only the festivals, religious and social ceremonies has been cancelled or limited to formal rituals. But also the everyday practices of people visiting temples and performing rituals has been stopped. In the meantime, people are also showing resilience towards this global pandemic and finding ways to get connected with cultural heritage.

Every year the birthday ceremony of Lord Buddha (also known as Buddha Purnima or Buddha Jayanti) is celebrated on the full moon of Baishak according to lunar calendar, which usually falls on April or May according Gorgian calendar. Budha Purnima is celebrated in most of the Asian countries with various rituals, ceremonies and prayers. This year, it was celebrated on 7 May, and due to the nationwide lockdown, many people had ceremonies in their houses and small ceremonies in the monasteries and temples. In past, major temples, which used to see a huge mass of people, were limited to a few, especially the caretakers, priests, few locals, and monks/nuns.

On this day, many people from all over the world used to visit Lumbini—the birthplace of Buddha, which was not possible this year. So the StoryCycle together with the British Council organized a Virtual Heritage Tour (VHT) to Lumbini. Even though this site contains the archeological remains of Stupas, Vihara, and Temples, it still has religious and spiritual linkages with people in present time. The VHT was curated with Mr. Anil Chitrakar as a resource person. Mr. Chitrakar is a social entrepreneur, and he regularly organizes heritage walks and gives inspirational talks on conservation and development. He has worked for the conservation and development of Lumbini over the last thirty years in various capacities.

The VHT included a brief tour of the site, which included Maya Devi temple (mother of Buddha), sacred garden, and Ashok pillar (erected by emperor Ashoka in 249 BC testifying to Buddha’s birth there) as well as other important sites associated to the Buddha’s life and after his death. Also included are lesser-known sites such as Kudan, the hall where Buddha met his parents and his son Rahul (for the first time) after he became Buddha. Ramagrama—one of eight Buddhist stupas was constructed after the death of Buddha with his relics. It is the only stupa that has remained unopened to date. Mr. Chitrakar also explained the greater plan of Lumbini that includes forty-four unique monuments representing Buddhism in different countries within its boundaries. The way forward after the construction of international airport there, as well as how this important Buddhist site could connect to other important Buddhist sites.

This was an interesting event, as Mr. Chitrakar explained not only the physical structures but also the intangible aspects of them. From the mathematical explanation of the construction of stupa, stories of the Buddha’s life, and King Ashoka in spreading Buddhism as well as to the simplified and brief teaching of Buddha. Even though virtual, this tour was able to realize the calmness of site and praise its nature with canals and cranes in the surrounding.

The event was scheduled for one hour, but lasted a bit longer since around hundred people participated. At the end of which there was a question-answer session. This event also had a sign language interpreter.