Vietnam’s Seminar on Tugging Rituals and Games: a Rope to Connect and Strengthen Cohesion among the Local Communities 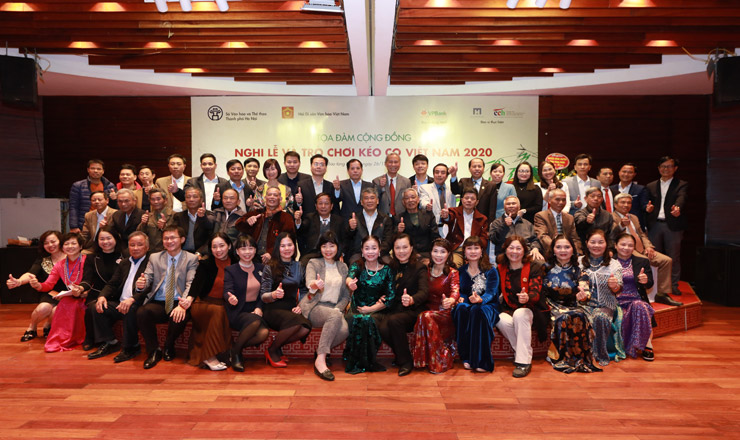 Hanoi, 26 December 2020: A community seminar participated by five local tugging ritual and game communities took place at Hanoi Museum to celebrate the fifth anniversary of the element’s inscription on the UNESCO Representative List of the Intangible Cultural Heritage of Humanity.

The purposes of the event were for the tugging communities to meet and exchange updates on the status of the element in the local context. It was also meant to set the floor for discussion on further cooperation and exchanges, an onset for the first Vietnamese network of tugging ritual and game communities.

With facilitation by the Center for Research and Promotion of Cultural Heritage (CCH) under the Vietnam Association of Cultural Heritage, in collaboration with the Hanoi City’s Department of Culture and Sports and Hanoi Museum, the event received attendance of 130 participants, including community members from five localities, local cultural authorities, researchers and journalists.

Through presentations showcased by five community representatives on its history and processes in the local context, the element casts a strong diversity in its practice and transmission while sharing similarities in the cultural belief and customary rules.

During its research in October and November 2020, there was a discussion on  the initiative to establish the Vietnam Tugging Heritage Network, all communities representatives agreed that the network should commence at its earliest convenience. The network will operate under the facilitation by CCH and its chairmanship runs on a yearly rotational basis. 2021 will be the year for Long Bien seated tugging community to act as the chair community.

In concluding the seminar, Dr. Le Thi Minh Ly, Vice-chairperson of the Vietnam Association of Cultural Heritage, although community performances and exchanges being omitted from the original plan due to COVID-19 restrictions, the forum has fulfilled its mission as a rope to connect the Vietnamese tugging communities.  together, in the hope that it would reach further in the coming years.