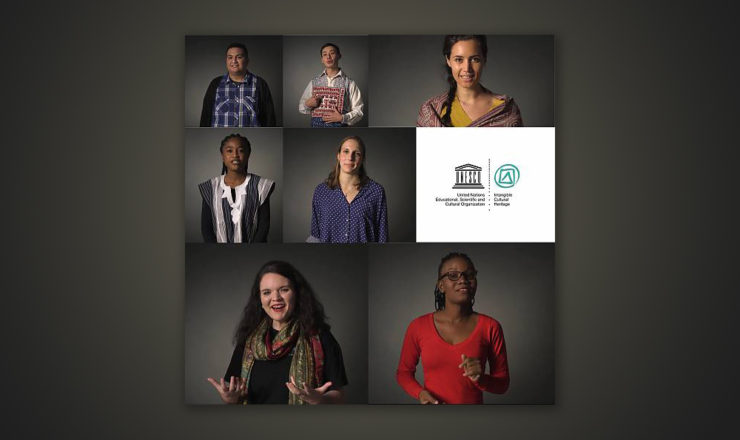 Despite the wide outreach and growing impact of the 2003 Convention among its 177 States Party, there is still a pressing need to raise public awareness, especially among the youth, about the dynamics of intangible cultural heritage and its relevance to the world today. Therefore, Secretariat of the Convention is developing a video series focusing on intangible cultural heritage and the youth. A preview of this video series was shown in the Twelfth Session of the Intergovernmental Committee that took place in December 2017 in Jeju, Republic of Korea.

The youth featured in the video were selected from sixty participants in the Tenth UNESCO Youth Forum that took place at UNESCO Headquarters in Paris on 25 and 26 October 2017. Although from different parts of the world, the young participants shared a common notion on the intangible cultural heritage. Heritage is closely related to the past, but when it comes to intangible heritage, it may still resonate and even recreate itself in people’s daily lives, giving a sense of identity to rare and culture-bounded communities and forming connections across people and generations. “Color,” “roots,” “customs,” and “memory” are words the youth used to describe what unites their families and communities over time. They feel proud of their ancestors, knowledge, and social practices that are being safeguarded. More importantly, they are aware of the need to keep their heritage alive and pass it on.

The rest of the video series features six additional episodes that will be released during Seventh Session of the General Assembly of the States Party at UNESCO Headquarters in June 2018.