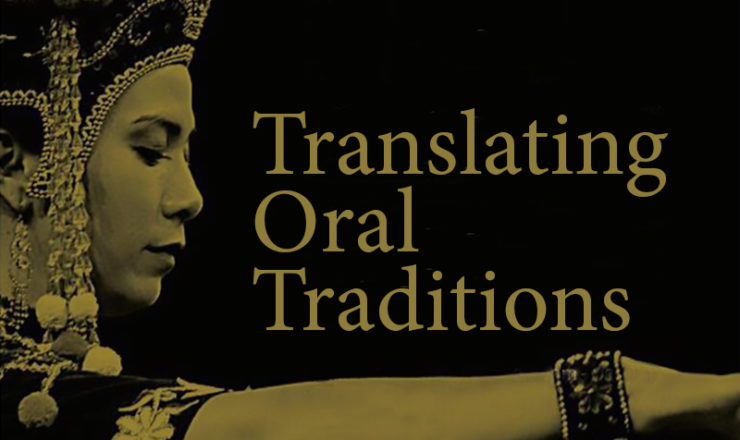 Oral traditions are expressions through which many cultures have historically passed on their heritage to the next generation. In the tradition of storytelling, the spoken word carries not only the memory of a community’s views and values but also the weight from which the essence of meaning is derived. Documenting ICH often requires translating, a highly complex process where a researcher’s own linguistic skills are in a state of constant challenge to ensure validity in meaning and purpose. To demonstrate the complexities inherent in translating oral traditions and its necessity to the documentation of ICH, a workshop was held at the Islamic Arts Museum Malaysia on 21 May 2017.

With the support of the Asia Foundation, the Translating Oral Traditions workshop was organized by Pusaka, a non-profit organization that works closely with a wide variety Malaysian cultural practitioners. Based on Pusaka’s extensive experience in documenting oral traditions and intangible heritage of Malaysia, the workshop provided participants with an opportunity to understand the range of complexities associated with translation work.

Participants were first introduced to an overview and history of ethnographic research, documentation, and archiving in Malaysia, by Pusaka’s founding director, Eddin Khoo. Referencing the work of important figures such as Amin Sweeney and drawing from international examples such as the beginnings of the Smithsonian Folkways, Khoo stressed the importance of cultivating independent research and thinking into local cultures.

“Institutionally trained ethnographers tend to approach their research with conditioned ideas of what the culture should be,” says Khoo. “We must be the conduit that allows the communities to speak for themselves in our research.”

The second session of the workshop was devoted to the challenges of transcribing and translating dialect into a standard language, then into another language. Writers, translators, and researchers Pauline Fan, Yana Rizal, and Aiman Azahari recounted their experiences of working with communities in the ICH-rich states of Kelantan and Terengganu as well as the indigenous Mah Meri community of Carey Island, where a dialect of Malay is commonly spoken.

To further reinforce the complexities of translating traditional oral narratives within the region, participants were treated to a short performance of Menghadap Rebab, the opening sequence to Mak Yong, by ICH bearer and principal performer Rohana Abdullah Kadir. Regarded as the most important part of the Mak Yong repertoire, Menghadap Rebab was chosen as it incorporates music, movement, and metaphysical aspects of the oral tradition, revealing multiple layers of meaning.

In the third session of the workshop, participants were divided into three groups. The first group attempted to transcribe the words of the Menghadap Rebab sequence using audio recordings from a performance held last year as part of the ongoing Mak Yong Community Empowerment and Cultural Heritage Project. The second group worked to translate the Kelantan-Patani dialect into standard Malay while the third group translated from Malay into English.

In the final session, participants shared the challenges and issues they encountered in the exercise and discussed possible solutions in their approach to the translation process. The discussion delved into the complexities of balancing substance, form, and aesthetics in translating oral traditions. The workshop concluded with an emphasis on experiencing the performances firsthand as well as having a contextual understanding of the tradition and community to deliver a meaningful and nuanced translation of the oral tradition.

“We are delighted that the workshop received such enthusiastic response from participants of diverse backgrounds and experience” said Pauline Fan, Pusaka Creative Director. “I hope most of them came away with a deeper understanding of the vital role of oral traditions in the life of Malaysian communities as well as the complexity involved in translating the unwritten into written text, across form, dialect, and language.”