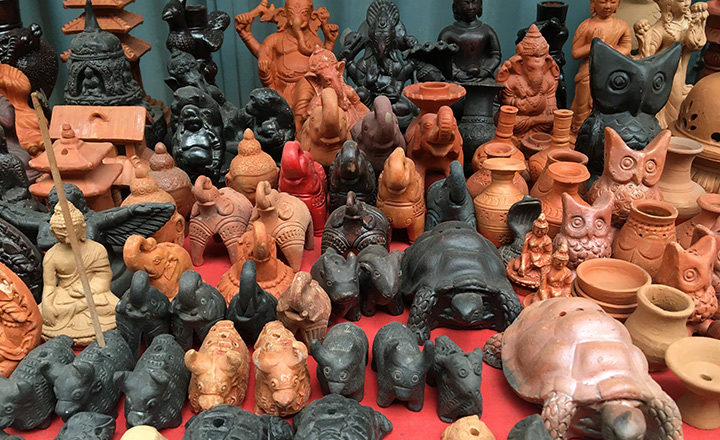 In many traditional ceremonies and rituals, the use of baked clay pots and objects in Nepal is common. Even for everyday uses, these potteries include those for cooling water, cooking, flowers, curd, and many more. Until a few decades back, these potteries were more commonly used in everyday life. Pots for storing water and grains, for steaming, for carrying water, and even for washing clothes were made of various potteries. Today, many of these traditional potteries have been replaced by durable modern materials, such as plastics.

Because of the extensive use of the pottery in daily life, there used to be quarters in the cities and villages within Kathmandu Valley dedicated to pottery making. Now there are only a few places within the valley that have continued to make pottery using ancient techniques. These places are now famous due to the influx of tourists.

One of the most famous quarters for pottery in the valley is pottery square in Bhaktapur that is known to locals as Kumha Twa. Kumha are pottery makers, and twa is the quarters. Walking through this quarter we can see people making shapes out of clay on pottery wheels. Some giving finishing touches while some are busy drying pottery goods in the sun. This quarter also has communal kiln for baking. This quarter seem like an open-air museum for the pottery making, which has been continued for several generations.

Mr. Krishna Shyam Prajapati, 44 years old, is one of the pottery makers of the square. He has worked in this profession since the age of 13 or 14. He learned pottery-making skills from his father and his father learned from his father. This continuity has been going on for generations. According to Mr. Prajapati in the old days, they used to make pottery hand-operated wheels that had to be with the help of pole. Now, most pottery makers use electric motor wheels.

The pottery is made from the black clay, which is abundant in the valley. The clay from the field is smashed and smoothed with the help of feet. When it is smooth enough, it is ready for making pots and other things. Now machines have taken over much of the manual work. After the pottery is shaped, it is sundried and later baked in a kiln. In old days, hay was used to make fire, but now the kilns are fueled with wood. These kilns are communal, people take turns baking their pottery.

With the arrival of tourism, pottery makers shifted from the traditional pottery to products targeting tourists. The souvenirs like bells, candle stands, miniature animals, and many wares are commonplace. But with the pandemic, the lack of tourist has hampered the pottery business, so pottery makers like Mr. Prajapati have shifted back to traditional products. He has been sustaining his business in the pandemic by making piggy banks commonly known as khutruke. 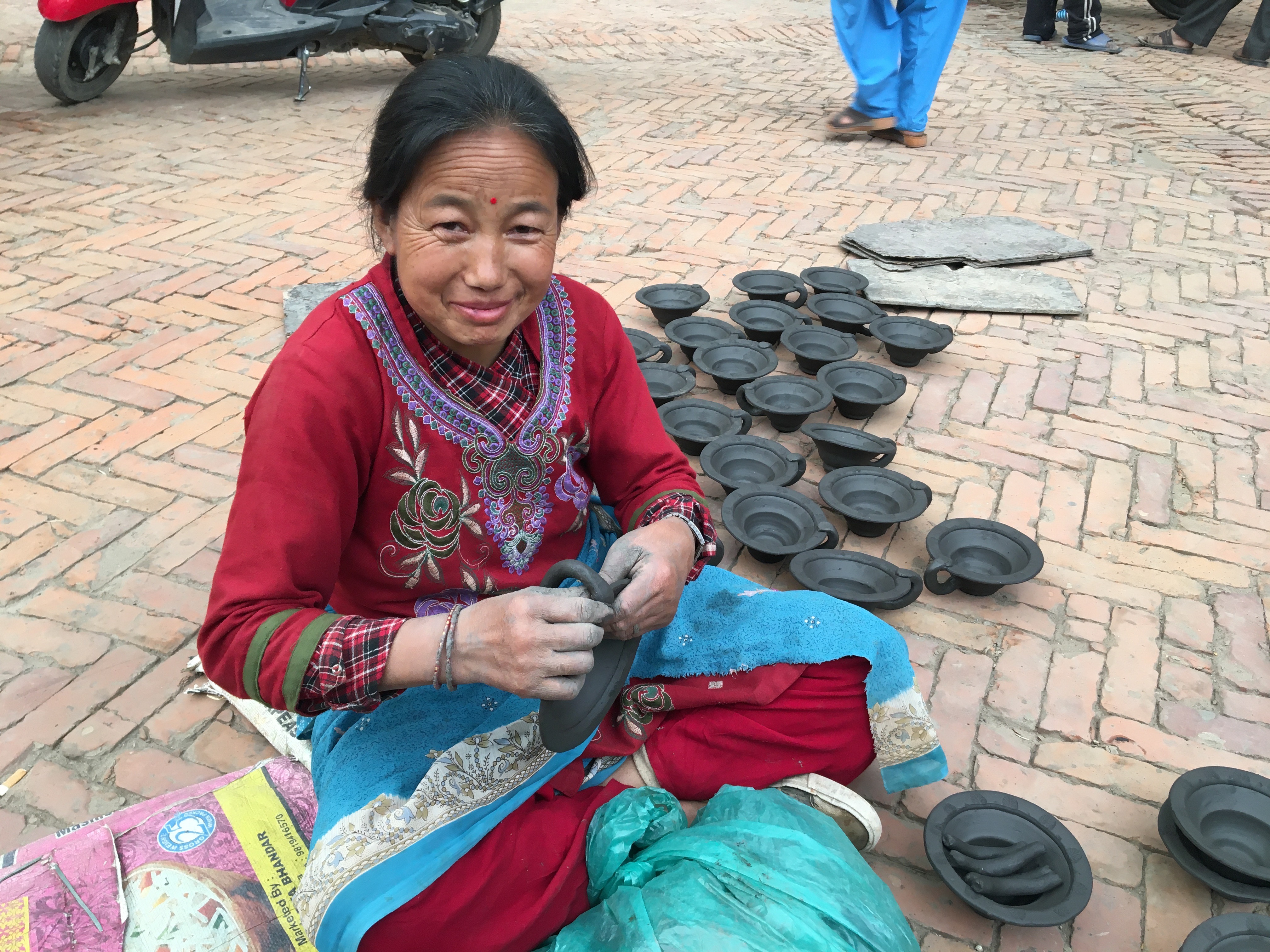 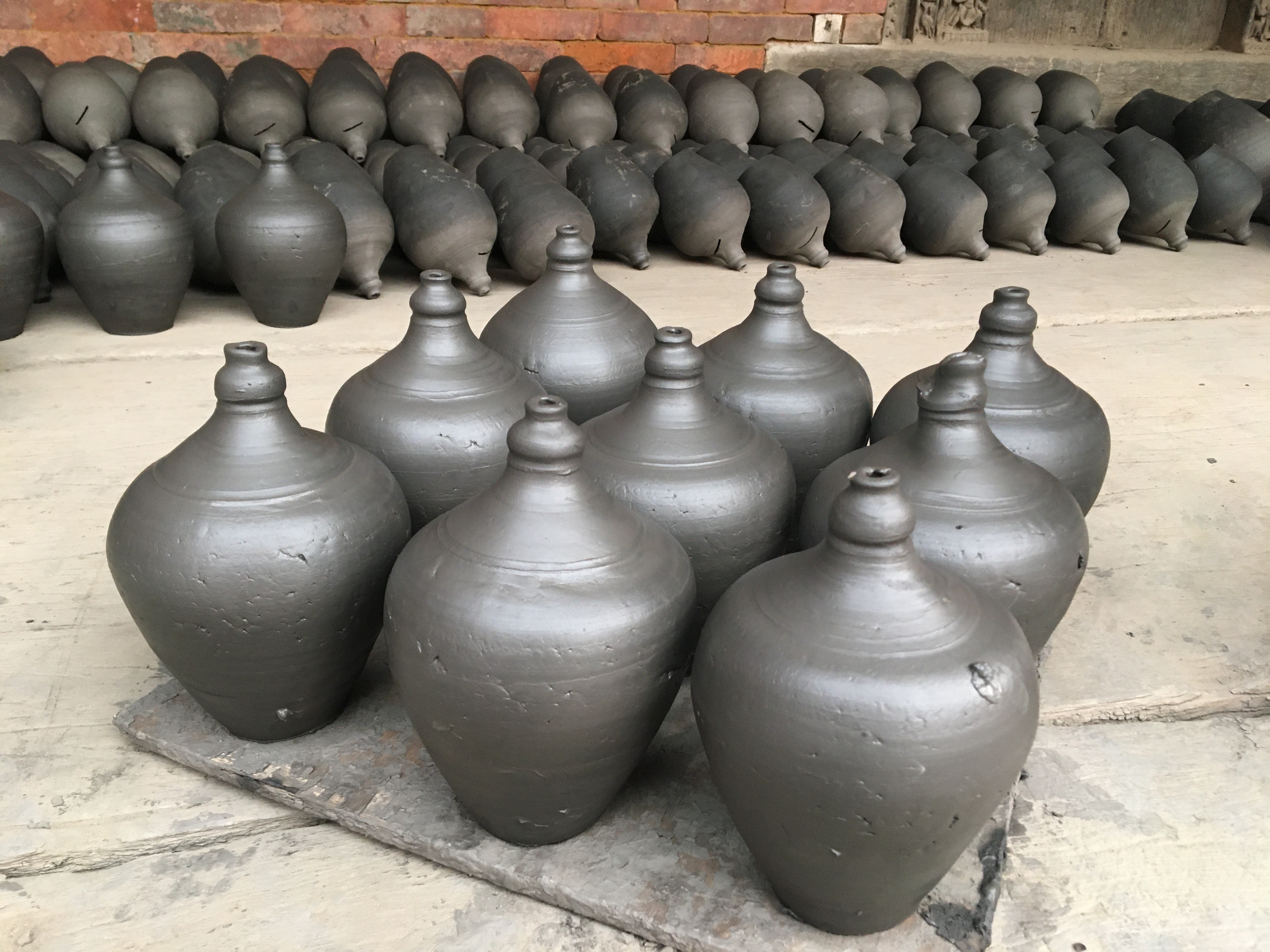 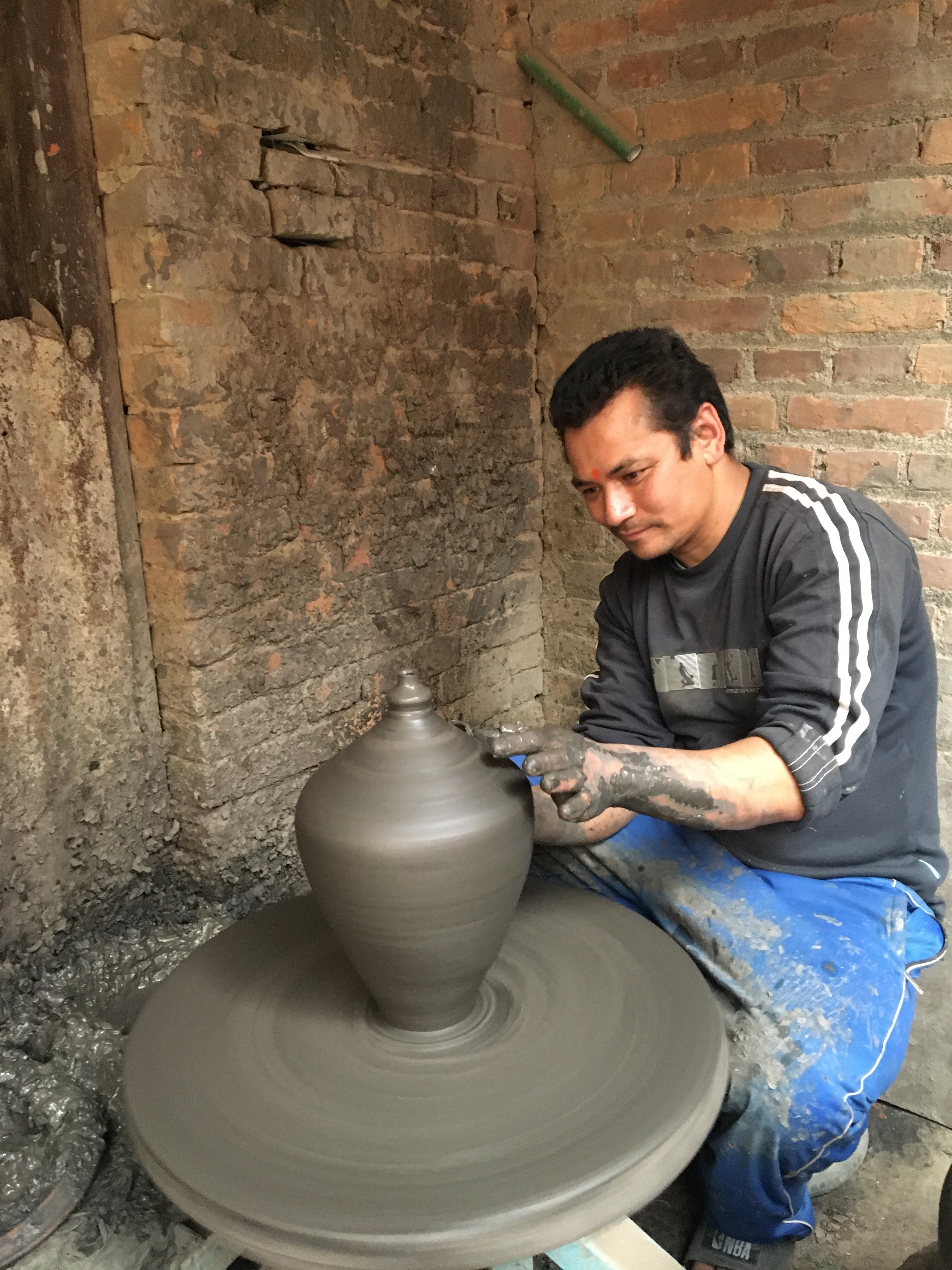 The pottery-making business has been directly and indirectly affected by modernization. Consumers prefer to use plastic products instead of clay ones due to durability and economic circumstances. Also the massive growth in the city is creating difficulty for the pottery makers to get the required clay.

Though tourism has given a boost in business and pottery square has contributed to tourism in the city, there is a need to recognize and value the traditional profession by state and contribute in the future sustainability.