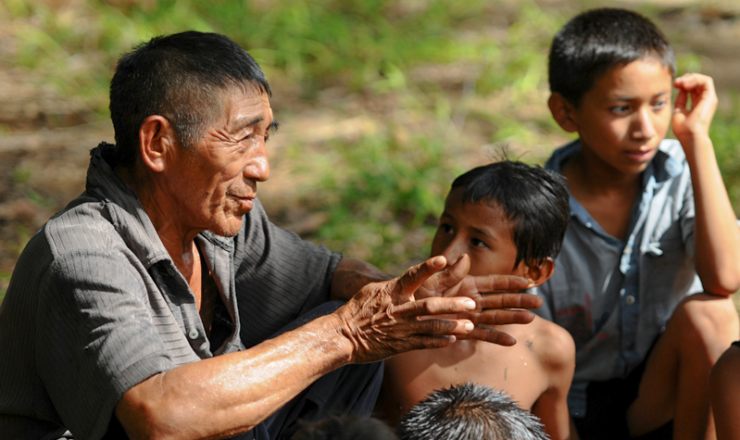 During social, recreational and productive gatherings, the elders narrate to the children the stories that grant life to their symbolic space © Centro de la Diversidad, 2013

The presentation of the report is a unique opportunity to raise awareness of the importance of indigenous languages for sustainable development, peacebuilding and reconciliation. It is also the occasion to mobilize stakeholders and resources around the world to support and promote indigenous languages through international cooperation and a joint action at all levels. One key aspect of the report is directly related to living heritage.

To highlight the important role played by indigenous languages in the practice and inter-generational transmission of intangible cultural heritage, the exhibition “Sounds of living heritage, a journey through the indigenous languages” is currently being displayed at UNESCO Headquarters. Visitors are invited to explore the interconnectedness of language with the living heritage of indigenous communities around the world.