The Giant Lantern Festival of the Philippines 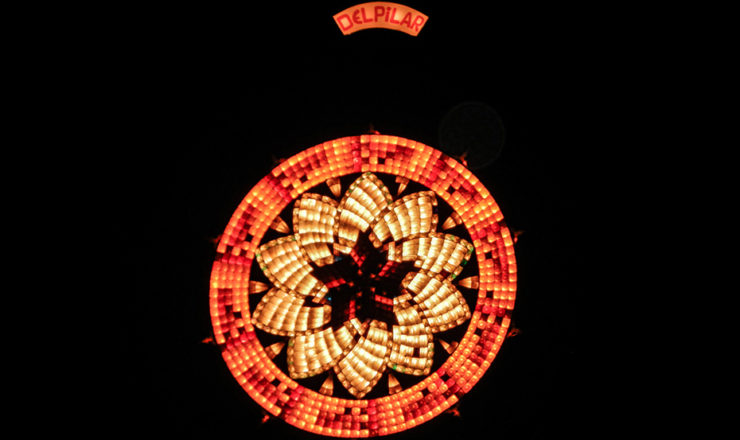 Owing to its Catholic traditions, the Philippines is perhaps one of the few countries in the world that celebrates Christmas the earliest and the longest. The country marks the Christmas holidays starting from 1 September. Shopping malls and shops will start displaying Christmas decorations; families will start to put up Christmas trees in their houses; and Christmas songs will be heard almost everywhere.

San Fernando, a city located in the province of Pampanga, is known as the Philippine Christmas capital. The city is famous for its colorful and handcrafted lanterns that had been part of the province’s Christmas traditions since the 1900s. The Christmas lantern is called parul sampernandu in Kapampangan, the local language of the Pampanga province or parol in Filipino. The origin of the word parol came from the Spanish farol, which means lantern or light. The lanterns symbolize the Star of Bethlehem, thus most lantern designs from San Fernando incorporate a star caricature. In the Catholic tradition, the Three Kings are believed to have followed the Star of Bethlehem that led them to find the Child Jesus in a manger.

Every December, the Giant Lantern Festival (Ligligan Parul in Kapampangan) is held in San Fernando. The lanterns are transformed like gigantic glowing stars with rotors that synchronize thousands of dancing lights and the sound of Christmas melodies. Usually the giant lanterns are about six meters tall and hung up in the air. Decorated with thousands of light bulbs, capiz shells, and fiberglass, the giant lanterns are stuck to polyvinyl plastic. It is a festival for the eyes; people flock at night to witness the grand salvo of lights and sound.

The Giant Lantern Festival is also a competition where various barangays in Pampanga compete to win for the most beautiful giant lantern in the province. The locals take pride in their province’s competition as it is where they showcase their creativity and knowledge in crafting the intricate designs of giant lanterns.  Tracing back to the country’s colonial history, the lantern-making tradition in San Fernando Province is influenced by the Spanish. The Spanish encouraged the local people to have lantern processions in honor of Our Lady of La Naval or the blessed Virgin Mary. In the past, the people would have a nine-day novena called lubenas, which was usually held before Christmas. The religious tradition has evolved to become the Giant Lantern Festival where people flock to witness the spectacular yuletide festival.