The First Accredited-NGOs in Australia, Tajikistan and Pakistan

Contributed by Sunyoung You 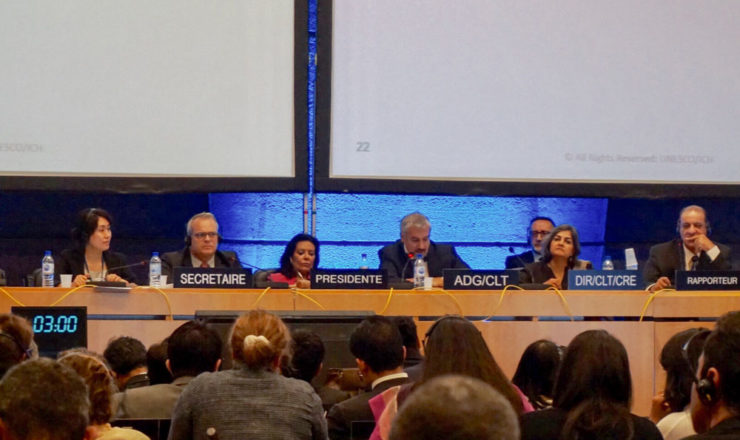 The Assembly approved the accreditation of twenty-nine NGOs, which was recommended by the Intergovernmental Committee at its twelfth session in South Korea in December 2017. UNESCO-accredited NGOs provide advisory services to the Committee based on their expertise in the field of intangible cultural heritage (ICH). The recent accreditation has led to a total of one hundred and seventy-six accredited NGOs.

In the Asia-Pacific region, there are now twenty-seven accredited NGOs including the three recently accredited NGOs – Many Hands International(MHI) in Australia, Public Association Pamir Mountains in Tajikistan, and THAAP in Pakistan. As they are the first UNESCO-accredited NGOs in their respective countries, they are expected to engage in various ICH safeguarding activities.

MHI is an Australian NGO that is helping rebuild communities that are recovering from armed conflicts or suffering poverty by providing support for various cultural activities, with the aim of enhancing the identity of such communities and assisting in their economic independence. Public Association Pamir Mountains is a Tajik NGO that is primarily working in the Pamir, which is known as the roof of the world. Its activities focus on the safeguarding of traditional knowledge of local communities and the research and publication of diverse traditional knowledge including traditional hunting essential for locals to adapt to the mountain environments. THAAP in Pakistan is actively involved in ICH safeguarding activities, such as meetings, publications and crafts markets, as well as community-based ICH inventory making.

Meanwhile, at the recent Assembly, twelve out of the twenty-four Member States of the Committee were newly elected for a four-year term from 2018 to 2022. As for Group IV (Asia and the Pacific), which was given five seats (Afghanistan, India, Mongolia, South Korea, Philippines) among the six electoral groups, four countries except for the Philippines had completed their term and were replaced with new countries (Sri Lanka, Japan, China, Kazakhstan) at the Assembly.