The Dreaming Culture of the Mandaya 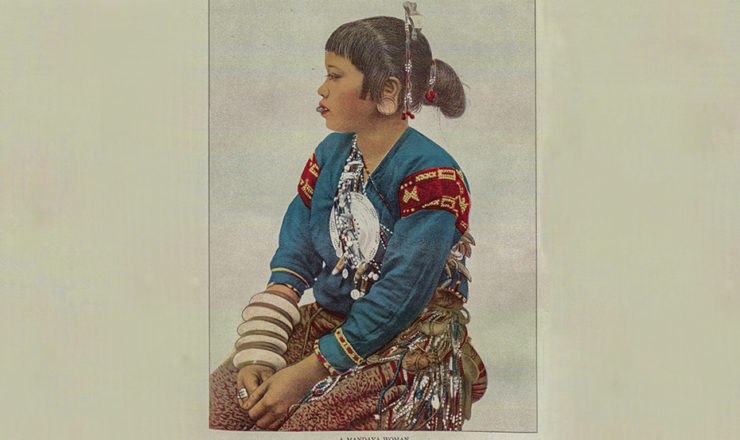 In the Philippines, the Mandaya indigenous group is known for their gaudy and vibrant culture that has been preserved from successive generations and has withstood the colonizations that the country surpassed. The Mandaya people live in Mindanao, the second largest island in the Philippine archipelago, specifically along the mountain ranges of Davao Oriental. The term “Mandaya” comes from the word man, meaning “firs,” and daya, meaning “upstream.” In combination, Mandaya means “the first upstream people” and refers to the indigenous group’s language, traditions, customs, and beliefs.

One of the interesting aspects that makes the culture of the Mandaya distinct from other indigenous groups in the country is their culture of dreaming. The practice of weaving and the knowledge system on traditional medicine or healing in the Mandaya culture has been greatly influenced by dreaming. The Mandaya are famous for dagmay,their traditional textile, which they consider sacred. Dagmay designs are interconnected; cutting them will destroy the essence and sacredness of the fabric. According to the elders, dagmay was bestowed to the Mandaya through a dream by Tagamaling, a spirit linked to life and creation. It was believed that a Mandaya maiden dreamed of Tagamaling who taught her weaving techniques to create dagmay. From then on, the Mandaya believed that weaving is sacred, and a real Mandaya weaver will have to say a prayer before starting her weave. The Mandaya weavers only weave in tranquil areas in their houses.

Dagmay is a handwoven textile made from abaca. The abaca is the extracted fiber from banana leaves. Dagmay involves a mud-dyeing technique wherein practitioners submerge their tannin-dyed yarns into iron-rich mud for several days. First, they pound the bark of a tree and boil it with the abaca yarn. They then add the mud with a bluish color and let the yarn boil until their desired tone is achieved. With the intricate patterns and details of the dagmay, traditional Mandaya clothes have been known to among the most beautiful in the Philippine archipelago. The motifs of traditional Mandaya design include curvilinear, diamond, cross, trellis, and crocodile patterns.

Another Mandaya tradition influenced by dreaming is their knowledge system on traditional medicine or healing. In the Mandaya community, a spiritual leader called balyan has the ability to heal sick people through the use of traditional knowledge inspired from a dream, prayer called panawagtawag and organic medicines. The highest ranking spiritual leader, kalalaysan, can heal a dying patient. Within the Mandaya community, the ability to heal is not limited to spiritual leaders as it can be done by anyone. Anyone can dream of a cure, and he or she will become the healer of the sick people in the community.