That Which Hardly Vanishes: An Exhibition of Korea’s Intangible Cultural Heritage in Jeonju 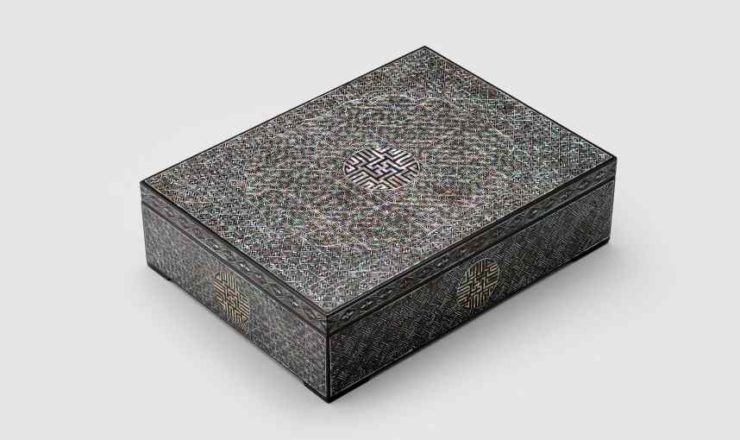 The lacquer crafts of the late master, Bu-gil Sim © NIHC

In March 2018, a space dedicated to spotlighting and honoring the contributions of Korean masters of intangible cultural heritage (ICH) was opened to the public at the National Intangible Heritage Center in Korea’s heart of traditional culture, Jeonju City. Featuring forty-four human treasures or those deemed to be expert in a particular ICH domain (for example, traditional craftsmanship), the space hailed as “Hall of Korean Intangible Cultural Heritage” (“the Hall”) showcases artifacts used by the human treasures, snippets of their biographical accounts, and prepared digital materials to characterize six ICH domains—music, performing arts, cuisine and clothing, crafts, rites and rituals, and festivals and games.

From March 2017 to March 2018, they gathered and acquired materials, Lee Jong Sook, a researcher at NIHC expressed, to shape the Hall according to a support and gratitude to those who (have) dedicate(d) their lives for the refinement of Korean traditional artistry. A significant part of those materials on display are donated by concerned groups and family members of the human treasures. It is important to note that recognizing the components constituting heritage is done by the people for the people; we actively remember and live by the traditional (or what explicitly lies at the margins of modern life) because we believe it is nevertheless necessary to our existence.

One of the issues brought by globalization is an existential problem: we often see ourselves living parallel lives. On one hand, a self that embraces the traditional; and on the other, a self that is, like a consumable good, structured according to modes of mechanical reproduction. This dichotomy, put briefly, generates the tendency for the contemporary individual to view identity as a separate entity from existence as in “I can perform my identity occasionally.” However, it seems that the Hall addresses this by exquisitely merging the practice of tradition with urban ideals. The Hall uses digital technology not only in presenting the works of human treasures but also in trying replicate or “play” with such works. It may seem too superficial the experience one affords in visiting the Hall, but the immersion it provides is a good attempt to germinate a sensible connection to the past, to that which hardly vanishes.