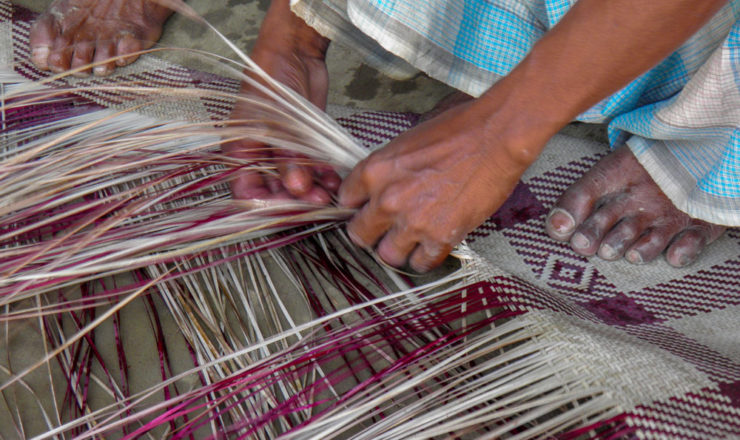 The Committee transferred Xoan Singing of Phú Thọ Province, Vietnam to the Representative list from the List of Intangible Cultural Heritage in Need of Urgent Safeguarding, noting how efforts by locals and national authorities have reinforced the viability of the musical tradition.

Thirty-three elements were inscribed on the Representative List of the Intangible Cultural Heritage of Humanity during the meeting, which took place in Jeju, Republic of Korea, from 4 to 9 December.

There are currently 399 elements from 112 countries on the Representative List, and 52 elements from 28 countries are on the the List of Intangible Cultural Heritage in Need of Urgent Safeguarding, which helps Member States mobilize support to ensure that these cultural practices are preserved with the participation of concerned communities.

The next annual meeting of the Intergovernmental Committee for the Safeguarding of the Intangible Cultural Heritage will take place from 26 November to 1 December 2018 in Port-Louis (Republic of Mauritius).

Shital pati is the traditional art of making a handcrafted mat by weaving together strips of a green cane known as murta. It is used by people all over Bangladesh as a sitting mat, bedspread or prayer mat. Shital pati is a major source of livelihood that reinforces family bonding and empowers communities. The craft is primarily transmitted from generation to generation within the family, and Shital pati communities are increasingly being organized into cooperatives to ensure its effective safeguarding and transmission.

Traditional Kazakh assyk games are an ancient tradition in Kazakhstan; each player has their own set of assyks, traditionally made out of a sheep bone, and a saka dyed in bright colors. The community of practitioners mainly comprises children aged between 4 and 18, but young people and adults are also involved. The game is a good model for positive collaboration, social inclusiveness, and sense of friendship, and it is primarily transmitted through observation from older boys to younger ones.

Kumbh Mela, the festival of the sacred pitcher, is a peaceful congregation of pilgrims, during which participants bathe or take a dip in a sacred river. The congregation includes ascetics, saints, sadhus, aspirants-kalpavasis, and visitors. The tradition plays a central spiritual role in the country, encapsulating a diverse range of cultural customs. Knowledge and skills relating to Kumbh Mela are mainly imparted through the teacher-student relationship, but transmission and safeguarding are also ensured through oral traditions and religious and historical texts.

Pinisi, or the Art of Boat Building in South Sulawesi, refers to the famed Sulawesi schooner and represents the epitome of the archipelago’s indigenous sailing craft. Today, boat building centers are located in Tana Beru, Bira, and Batu Licin, where shipbuilding and sailing are central to the community’s social, economic, and cultural fabric. Knowledge and skills are transmitted from generation to generation both within and outside of the family circle, and local shipwrights are engaged in initiatives to safeguard the practice.

Chogān is a horse riding game traditionally played in royal courts and urban fields and accompanied by music and storytelling. In Chogan, two-rider teams compete to pass a ball through the opposing team’s goal post with a wooden stick. Chogan has a strong connection to the identity and history of its bearers and practitioners. It is transmitted informally within families and dedicated associations through training and support for local masters.

Iran (Islamic Republic of) and Azerbaijan—Art of Crafting and Playing with Kamantcheh/Kamancha, a Bowed String Musical Instrument

The art of crafting and playing kamantcheh/kamancha (‘little bow’), a bowed string instrument, has existed for over a thousand years. In the Islamic Republic of Iran and Azerbaijan, it is a major classical and folkloric music element, and performances are a central occurrence in many gatherings. Kamantcheh is both a key source of earning and a strong part of the communities’ living heritage. Knowledge relating to the art of crafting and playing kamantcheh is transmitted both within families and in music institutions.

Kok boru, a horse game, is a synthesis of traditional practices, performances, and the game. The game is played by two teams on horseback that compete by trying to score as many ulaks (a mold in modern-day games) into their opponents’ goal as possible. The element is an expression of the cultural and historic tradition of its practitioners and unites communities regardless of social status. Related knowledge and skills are primarily transmitted through demonstration and through festive and social events.

The khaen music of the Lao people is played with a mouth organ resembling panpipes but made with bamboo tubes of varying lengths. It is integral to Lao life and promotes family and social cohesion. Families play an important role in transmitting the art and associations exist in many communities where young people can learn the related skills. To maintain the practice, several local communities and groups have taken up various initiatives to safeguard it through formal and non-formal education.

Turkmenistan—Kushtdepdi rite of singing and dancing

The Kushtdepdi rite of singing and dancing is a performing art involving creative poeticizing focused on good feelings and wishes. It is performed during ceremonies and national celebrations and involves singing with vocal improvisation and dancing with movements of the hands, gestures and footsteps. The bearers and practitioners are actively involved in safeguarding the practice through performances and the compilation of introductory teaching resources. The knowledge and skills are traditionally transmitted from master singers to amateurs through informal training.

The art of bai choi in Central Vietnam is a diverse art combining music, poetry, acting, painting, and literature. Bai choi is an important form of culture and recreation whose bearers and practitioners include artists, performers, card-making artists, and hut-making artists. Performers and their families play a major role in safeguarding the practice, and numerous dedicated groups exist. Most performers learn their skills within the family, but specialist artists also transmit their knowledge in clubs, schools, and associations.

According to ancient shamanism, the Mongolian practices of worshiping sacred sites are based on the belief in invisible deities of the natural surroundings. The practice builds a sense of community and raises awareness about the interdependence of human beings and the environment. During the communist regime in Mongolia, the worship of sacred sites was banned, threatening its viability. Communities have been actively reviving the tradition, but several challenges remain, including globalization, urbanization and a drastic reduction in the number of practitioners and masters.