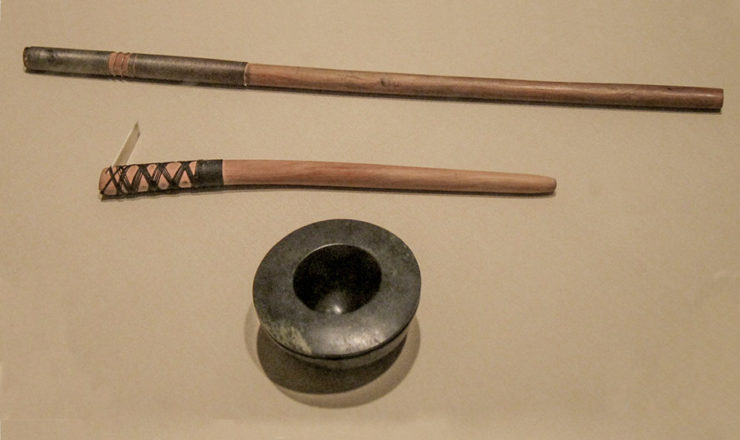 The arc of cultural heritage is far broader than many realize. For many, the term calls to mind the physical remains of the past, often in the image of ancient buildings and ruins, or the history of a collective. If prompted to define what heritage encompasses in a personal sense, one might think of their own family’s lineage and ancestry. But in either sense, many of us understand heritage to be something outside of the self rather than something that we are a living part of. We are vehicles for living cultural heritage, not just ethnically, socially, or culturally, but physically. Tangible heritage might be best understood as very much alive, close to home, and applicable to each of us when we consider the body as a context for it.

From the way we style our hair and the makeup we paint on our faces to the clothes we choose to wear and the adornments we dress up in, we all adopt insignias of culture and express our identities on the physical plain in modes that have been shaped by heritage. Tattooing is one of these mediums. Inking the skin as to permanently brand ourselves with a visual marker communicates something about who we are or what has touched our lives, to others as much as to ourselves. In this practice, the unseen intangible heritage and identity we know and feel is transformed into something tangible and corporeal.

We are hardly the first people to manipulate the body in such a way. Tattooing has a long history, a tradition adopted from ancient cultures from the Alps to Mongolia, from Greenland to China, from Egypt to Mexico, from Russia to the South Pacific. Whether marking the skin of a newly initiated member of a group, a tribe leader, a spiritual worshipper, a loyal warrior, or an outcast criminal, tattoos carried their potential to express diverse meanings into more recent history and the modern day. We’re all familiar with the sailor’s anchor, the Indian bride’s henna, the biker’s skull and crossbones, the adoption of the tribal tattoo or Chinese character in Western popular culture. But what stands out is not so much the range of meanings and contexts that tattoos might indicate, but rather the instinct to mark one’s skin in a permanent way, a tale as old as time.

It is striking to me that no matter where in the world these practices developed, so many diverse groups of indigenous ancestors were inclined to physically demarcate themselves and others, developing a technique of self-expression that would live on. I wonder why.

Maybe they all recognized how powerful the skin can be as a medium for message-bearing. Upon this visible and undetachable bodily canvas, the way one is seen by others is manipulated from the first glance. As we dance through this ancient-turned-modern ritual today, whether the symbols we choose speak for themselves or inspire questions about who we are or where we’ve been, we consider ourselves branded for life.

But ‘for life’ and forever are not the same thing. In the past and at present, tattoos represent an attempt at permanence that is almost endearing in its falsehood. Though the ink on the skin itself may be unremovable, the skin and body itself is not eternal. The corpses discovered across Europe, Asia, the Americas and Oceania that attest to the long history of tattooing remind us that ‘undoable’ physical manipulations we make will last only as long as the body does. Whatever we regard as permanent is never really such, and after a time the tangible becomes intangible, whether we are referring to body or brick. Palpable proof becomes a fairy tale, man becomes myth. The physical is not perpetual, and tangible heritage does not last forever just because it takes material form.

It’s within this ongoing cycle of permanence and impermanence that cultural heritage is situated. Though we feel compelled to preserve the flesh of the past on personal and broader scales, matter is more delicate than we often accept, and the risk of disintegration is always looming. Tattooing is a poignant example of one of the most effective ways to retain the substance of the past as centuries go by: to keep it alive in practice, even if not in the exact form it once took, with the stories of where it came from accessible for inspiration.