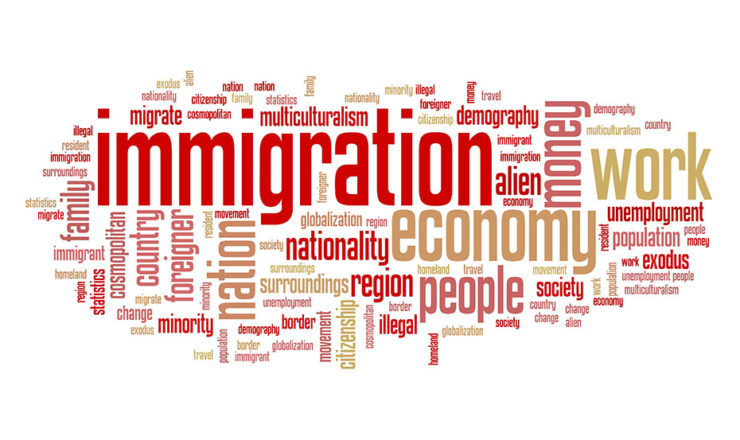 In my earliest, groggiest memories, I can recall waking up to the ticking burner of a gas stove, the gurgle of a Bialetti cafetière beginning to boil, the grinding gears of a coffee machine crushing each bean to a fine powder, magic dust that became the first sip of the morning. To those who grew up in Italian households, rackety espresso mornings (and afternoons and evenings) echo memories of childhood, grandparents’ houses, or the kitchens of countless cousins. As a result of memories like this of an upbringing deeply infused with Italian culture, I feel Italian right down to my bones. I have Calabrian blood, brown eyes, Sicilian skin, an Italian passport; but I was born and raised far from the Mediterranean.

My grandparents moved to Canada in a wave of immigration of young people from all over post-war Italy to North America. In the decades that followed, European and Asian immigrants blew like dandelion fluffs across the vast Canadian landscape, rooting themselves into the fabric of a now very multicultural nation. Those seeds planted so many communities like my own, homegrown by expatriates in the image of the cultures and lifestyles they carried with them across the sea. There are so many people like me, the sons and daughters and grandchildren of that first generation, who still speak and act and cook and live under their influence.

My associations with morning coffee are a simple example of a wider tendency within us all: each person senses and conceptualizes the world according to their unique cocktail of intimate personal experiences. Comfortingly, our senses are pre-programed, predisposed towards the semblance of where we come from, what we grew up doing. But our origins stretch far beyond the place in which we grew up and the family that reared us, especially when many of our generation, born during waves of migration and globalization, grew up between countries and continents, or at least with distant homelands close at heart. We became who we are in a multitude of places.

These are the circumstances under which the process of self-identification becomes even more difficult than it already is. For those with scorched origins, those who understand dialects spoken but never written, those christened with names that the next-door neighbors of displaced homes couldn’t pronounce, unpacking one’s cultural identity is no easy feat. We are left to grapple with the conflicting inferences of how we look, what passports we hold, what language it feels most natural to curse in.

How can we possibly know who we are when there’s no singular trace of where exactly we come from? What is it that makes a person associate with a culture and consider their own? What permits them to wear that badge of identity rightfully? Is it a matter of language or lifestyle or geography or genealogy or gastronomy? Need it be justified and by whom?

I would argue that following a distinct checklist of prerequisites in the interest of culturally profiling ourselves and others is surely one of the reasons so many of us feel so mixed up about who we are. Humans are messy beings and we live messy, sprawling lives. And the ongoing identity crisis within us all, especially those who can’t exactly pinpoint where we come from, simply won’t be solved by the validation by any number of other people.

The only broad response I can put forward is something like the cliché usually used in reference to relationships: when you know, you know. Each of us just knows what makes us feel at home, connected to who we are. We can feel, sense, hear, see and smell it all around us. We sweep our eyes across a room and a slideshow of recollected images play behind our eyes. Certain words bowl off of our tongues more easily than others in second and third languages because they are quotations of a linguistic background unique to each of us, selected from the dialogues of our entire lives. We might find ourselves at home with the landscapes and humidity levels and smells that resemble the setting of our grandparents’ stories rather than our own memories. Wherever we end up, wherever they might be, we are all painfully, inevitably connected to our origins. Our tie to them is a cord that can’t be cut, one that stretches with our efforts to pull away and always offers enough give to coax us back to the source.

Read more from Issabella on cultural heritage and thoughtful travel at www.museandwander.co.uk.