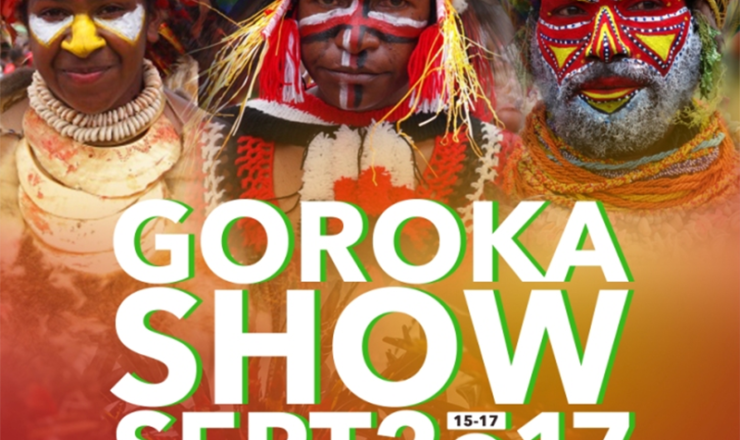 The Goroka Show is a significant cultural event in the Highlands region of Papua New Guinea (PNG). The longest running annual cultural festival in Papua New Guinea drawing thousands of tourists to the country every year in September during the nation’s Independence Day celebration, it will be staged in Goroka Town, Eastern Highlands Province on the 15th to 17th of September this year.
The Goroka Show aims to once more provide the best cultural entertainment to the people of Eastern Highlands Province and make visitors from other parts of Papua New Guinea and around the world feel welcome.

Held every year during the weekend closest to Independence Day, the Goroka Show is Papua New Guinea’s most well-known tribal gathering and cultural event. More than 100 tribes participate in the event performing extraordinary display of singsings or traditional songs, dances, and ritual performances.

The staging of the Goroka Show began in 1957 and was first introduced and organized by Australian patrol officers known locally as kiaps. Kiaps from each district built round houses typical of their districts where they displayed the various and unique cultures of the people living there. The kiaps brought in ‘singsing’ groups from surrounding areas and it created an entertaining weekend for everyone in the Province helping people forget their tribal differences.

For further information regarding the Goroka Show, please send an email message to Ms. Keryn Hargreaves at gorokashow2014@gmail.com. or visit www.gorokaevents.com