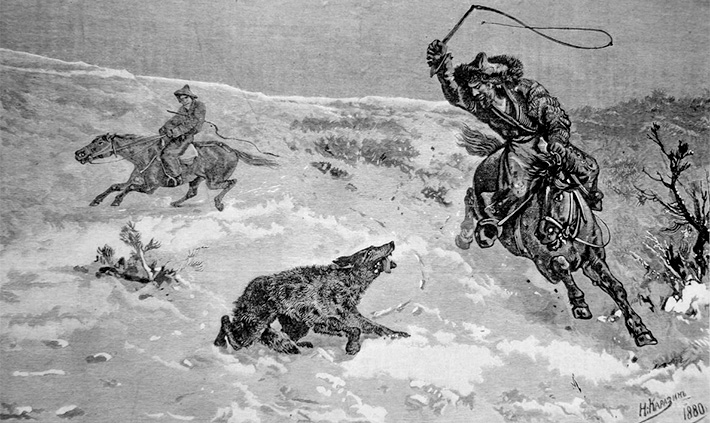 Engraving of Kyrgyz traditions, created in 1880

Salburuun is a traditional Kyrgyz hunting game with a long history. Traditionally, salburuun comes from the nomadic tradition of protecting herds from wolves. Moreover, Kyrgyz people have a long tradition of hunting with eagles and faithful dogs called taigan. During hunting campaigns, people identify the best hunters, horses, eagles, and taigans. salburrun is not only about the skills of the hunter but also his relationship and courage with eagles or taigan. Therefore, salburuun is a complex hunting game with birds of prey, taigans, and traditional bow shooting. In Kyrgyzstan, different salburrun festivals have been held and is part of the World Nomad Games held every two years in Kyrgyzstan.

The various salburuun games include burkut salu, dalba, and taigan jarysh. Burkut salu is a complex hunting activity with eagle. Usuallys, the burkut salu team consists of six people with one team leader and other five berkutchi (hunter with an eagle). Participants test their skills two exercises as chyrga  and ondok. Dalba is hunting with falcon. In this competition, the speed of the falcon’s flight to lure is tested. Each kushchu (falconer) is given two minutes to test his falcon. During this time, the falcon had to imitate an attack on a lure from the air. Judges note how many times the falcon flies and imitates an attack. Taigan jarysh is another type of traditional hunting game in the form of dog racing. After the judge’s signal, dogs are released simultaneously to chase a fox or hare dummy pulled by the rider or a special apparatus. There are three competitions the initial, semi-final and final races in which each dog’s ability is determined. If a dog tries to bite or hinder another dog during the race, the dog is disqualified.

Salburuun is a unique traditional method of hunting that combines the teamwork of eagles, falcons, and taigan dogs. The games draw attention of thousands of people from all over the world, which is why it is part of the World Nomad Games that are held in Kyrgyzstan. Moreover, there are a number of festivals and competitions hosted to foster salburuun as comprehensive hunting game, which is now also considered an art form as well.