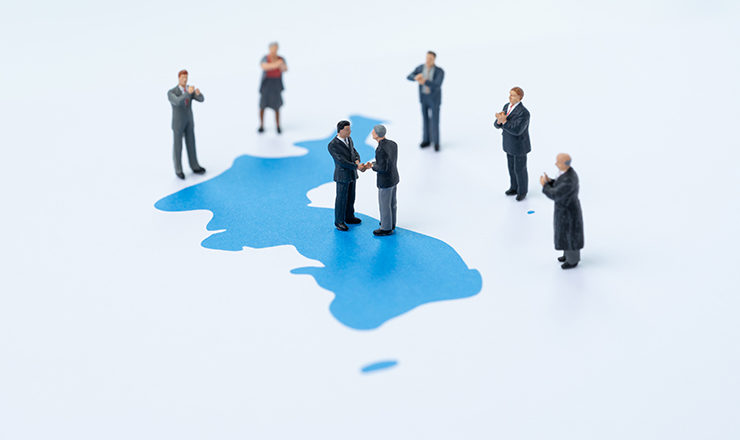 Cultural heritage had been defined and maintained centered around physical structures or tangible features. It is only recently that the focus has shifted to nonphysical and intangible values of heritage, which incorporate natural, social, and cultural elements. Roles of intangible cultural heritage (ICH) are increasingly emphasized, as it involves the respect for cultural diversity and the representativeness of each cultural heritage, rather than just recognizing excellent universal values accepted by all. ICH has been created, practiced and used by people and has been inherited through generations in a cultural context. The viability of ICH is like a person’s life cycle. As our life is the finite period between birth and death, heritage is also doomed to disappear without a conscious effort to continue the viability of created heritage. Heritage has a finite life and transmission is the force to keep it alive.

Korea is the only divided country in the world. Seventy years have passed since the Korean War, but the wounds of the war and the pain of the division still remain in the hearts of displaced people and dispersed families. Even amidst such a tragedy, there are intangible cultural properties of North Korea that have been transmitted in the South. One of them is “Aewonseong,” a song that has been designated in South Korea as an intangible cultural property of the ibuk odo (which literally means five northern provinces). “Aewonseong” (哀怨聲) reflects the joys and sorrows of life and expresses sounds of sadness and lamentation as the name suggests. People living in the barren areas of Hamgyeong-Do in the North used to hum the song when things were hard and tiring. Currently in South Korea, the song is transmitted by displaced people as a form of a musical performance accompanied by instruments and dance. It allows those people to find consolation and ease their longing for their hometown, thus providing a special sense of identity. Although the song is being practiced differently compared to its original version performed in the North, it still has the same function of consoling people now living in the southern part of the peninsula.

During the thirteenth Intergovernmental Committee for the Safeguarding of the ICH, which was held in Mauritius in November 2018, Traditional Korean Wrestling, ssirum/ssireum was jointly inscribed on the Representative List of the ICH of Humanity. The joint inscription was especially meaningful as it was intended for ‘peace and reconciliation.’ Since 2014, ICHCAP has organized biennial sub-regional meetings of five Northeast Asian countries (South Korea, Mongolia, China, Japan, and North Korea). The participants looked at the status of ICH safeguarding in North Korea and discussed the necessity for stronger exchange and cooperation in the fields of ICH in the region, laying a collaborative foundation for support for North Korea. This year in October, the fourth sub-regional meeting will take place in Ulaanbaatar, Mongolia, under the subject of the safeguarding of shared heritage in East Asia.

According to the ‘Kit of the Convention for the Safeguarding of the Intangible Cultural Heritage’ published by UNESCO, safeguarding activities promote reconciliation through intercultural dialogue and respect for cultural diversity around the practice of living heritage and thus constitute an effective and sustainable way to restore peace and security within society. Even in the situation of national division, the viability of ICH can bring together different parties beyond the border to share a collective memory and the values of heritage. As such, shared heritage can play a vital role in maintaining peace and security in the two Koreas. ICH, which has survived to date and can be shared by both peoples, could hopefully help achieve inter-Korean cooperation and further establish a culture of peace in Northeast Asia.