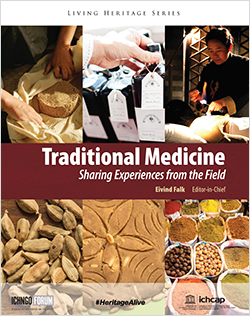 Since its founding in 1945, UNESCO has been increasingly championing the importance of culture as an investment in the world’s future and a precondition for the successful implementation of cultural diversity and the development of a global society. Development in this sense, however, isn’t equated to economic growth, but rather to a means to achieve an equitable intellectual, emotional, and spiritual existence among the global community.

At the same time, societies around the world have been facing challenges in promoting the values of cultural pluralism. As such, UNESCO has been an advocate for promoting culture and intangible cultural heritage in particular since the 1980s with the Decade for Cultural Development and later with the Living Human Treasures program. These promotions and programs culminated with the 2003 Convention for the Safeguarding of the Intangible Cultural Heritage and the 2005 Convention on the Protection and Promotion of the Diversity of Cultural Expressions. Both of these instruments and others recognize the importance of sharing and promoting indigenous knowledge to enhance understanding.

In 2017, ICHCAP, as a UNESCO category 2 center in the cultural heritage field, started the Living Heritage Series to promote traditional knowledge and cultural diversity. In this, the first book in the series, ICHCAP teamed up with #HeritageAlive to share information about traditional medicine practices from cultures around the world in the hopes that this knowledge can be sustained by communities and the broader international society.