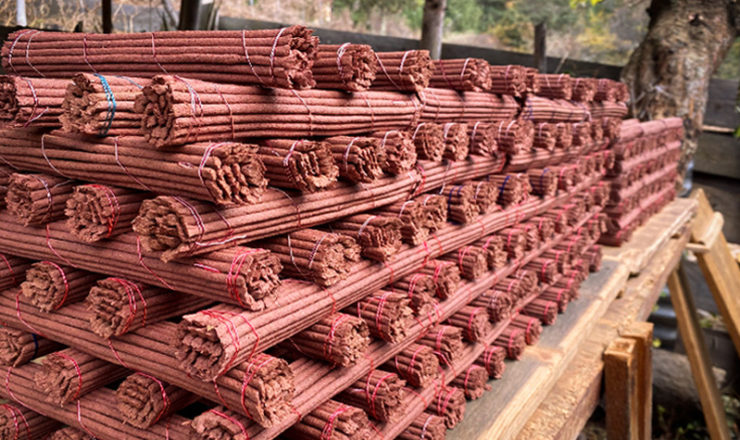 The burning of incense in the sacred shrines of Buddhist monasteries, temples, and also in the consecrated spaces that house the representations of the supreme spiritual beings is considered a kind of offering of sweet fragrances to the enlightened beings and also has the power to purify the impurities associated with us in any form that prevent us from realizing the innate Buddha nature and receiving the blessings. For this reason, incense is crucial in the performance of any type of ritual in the world of Buddhism. In general, burning herbs and making smoke offerings outdoors and burning incense in shrines have the same meaning and benefit; to purify defilements, pacify spirits, accumulate merit for oneself, and connect people to the spiritual world.

The production of incense is considered one of the religious crafts, as the product is used exclusively for religious purposes. There are two different types of incense: Ja-ju poe (herbal incense) with a yellowish texture and Zu-poe or Choe-jue poe (incense mixed with flesh and blood ingredients) with a brown color. Ja-ju incense is usually burned explicitly for the enlightened beings and when performing Drol-chog (ritual of Goddess Tara) and Rio-sang-chod (smoke offering at the summit of ridges and mountain to attract good fortunes), rituals associated to Nagas (subterrain sentient beings), while the other is offered to the guardian deities and guardian spirits during affirmation rituals.

Mr. Lhundrup (80) learned the art of making incense sticks at the Government Incense Production Center in Thimphu, the capital of Bhutan, and worked for nearly 8 years. In 1918, after his retiremen, while some friends located their incense production more promisingly in the city, Lhundrup established the present incense production named Lhundrup Poezo-khang in his remote village of Urug in Chumey Gewog (block), Bumthang Dzongkhag (district), Bhutan. Currently, he supervises the production unit while his son Sangay Tenzin (50) takes the main role and his mother Uden (67) sometimes assists her son. Two other employees help them produce a plethora of incense sticks with five different types to meet consumer demand. 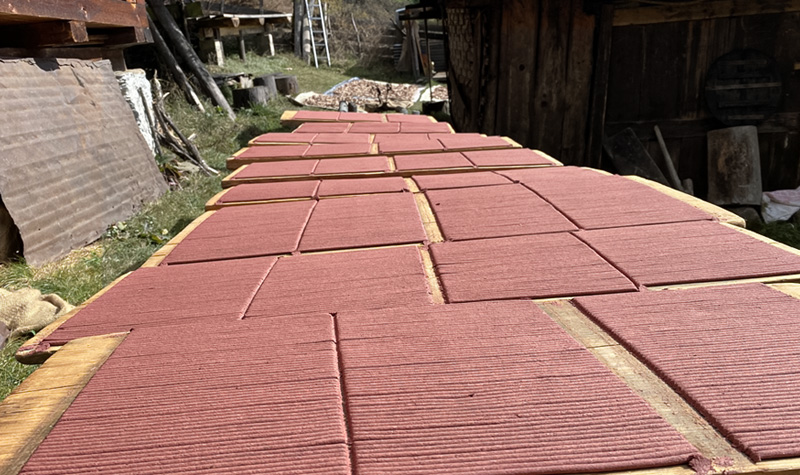 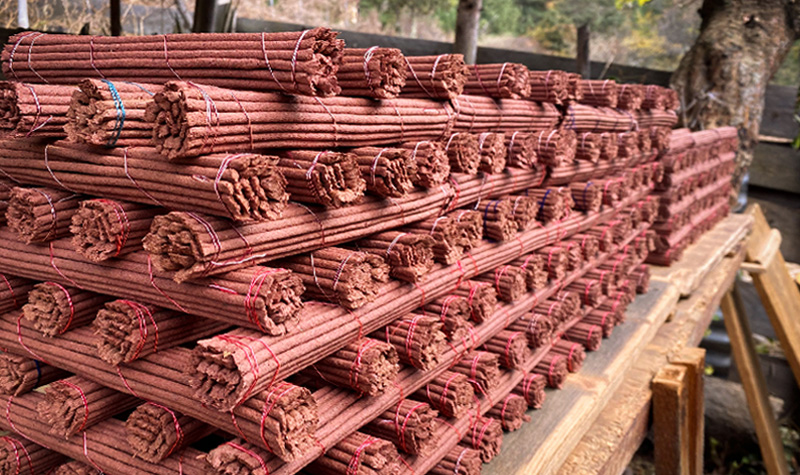 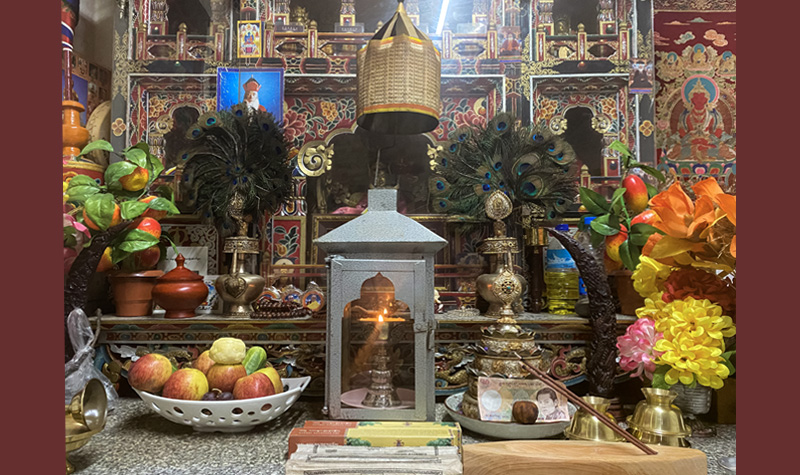 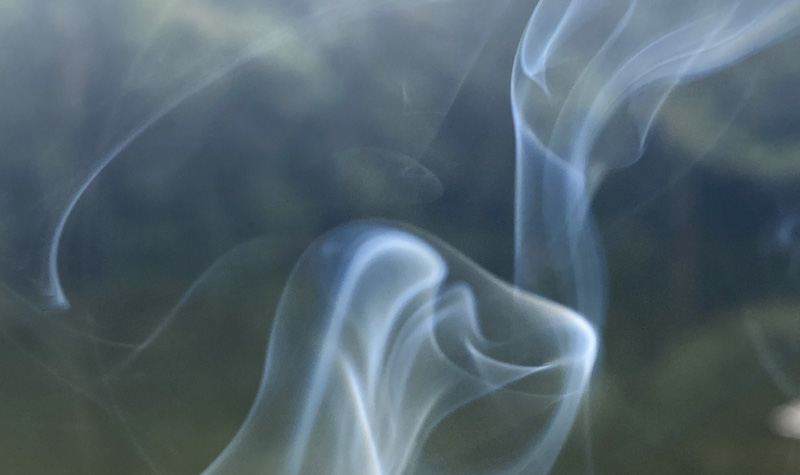 Production Process: Based on the license to produce incense sticks, the raw materials, especially dried junipers, are collected from the opposite foot of Yotong la (a mountain pass in the central region at 3425 meters above sea level) and the rest of the materials are purchased from the highlanders. After collecting the raw materials, they are chopped, dried in the sun and processed into fine powder with the help of an electric grinding machine. In the meantime, a helper prepares the extraction of water from the Six Valuable Substances. During mixing in the kneading machine, 80% of the raw material powder is carefully kneaded with the extracted medicinal water. After removal from the kneading machine, the dough-like incense is formed into a palm sized shape and placed into Tsir-shing (traditional wooden compressor) hole, creating a noodle like discharge while an employee places his or her body weight on the compressor liver. These noodle-like incense sticks are rolled between two wooden boards by the incense makers, cut evenly when the bottom wooden board is full, and dried in the sun. The incense sticks are tied into bundles using thread, dried again, and finally ready for making offering.