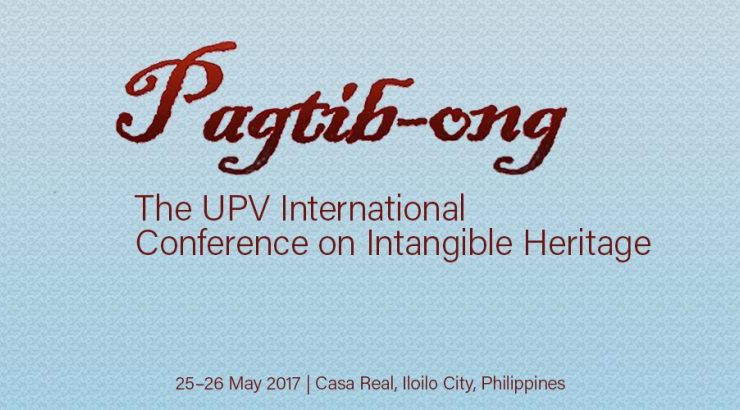 Pagtib-ong, a Hiligaynon word meaning to raise or lift up, was a fitting term for the first-ever Philippine international ICH conference aimed at celebrating cultural distinctiveness and finding commonalities as well as establishing a network among the different countries that joined the two-day event.

A total of fifty-nine papers and presentations were made in the four plenary sessions and six parallel sessions. Each parallel session consisted of three clusters with a maximum of four speakers each. The sessions were structured according to topics, with complementary scholarly presentations to share experiences and hear artist talk. A two-session satellite conference on intangible political spaces dealing with ICH and foreign relations was simultaneously held at St. Anne’s Hall of Assumption School Iloilo City. Conclusions of the satellite event were shared at the last plenary session (a five-person panel discussion) of the conference.

Conference delegates were treated to a showcase of traditional food and crafts as well as a photo exhibition of Filipino living treasures. Incidentally, two Filipino living treasures—Alonzo Saclag, a musician and dancer from Kalinga, Philippines, and Federico Caballero, a Panay Bukidnon epic chanter from Visayas, Philippines—attended. Cultural performances and a film screening were also held in the evenings after dinner.

At the opening program, Dr. Felipe de Leon Jr., former Chair of the Philippines’ National Commission for Culture and the Arts, and ICH expert, talked about the value and practical aspects of intangible heritage. Keynote speaker, Dr. Patricia Licuanan, Chairperson of the Philippines’ Commission on Higher Education, shared the need to specialize in the scholarship aspect of culture and heritage.

ICHCAP officers also joined the conference. Dr. Seong-Yong Park, Assistant Director-General, was the first plenary speaker and talked about safeguarding ICH in the Asia-Pacific region through information sharing and network building. He and Ms. Pilyoung Park, Program Officer in the Cooperation and Networking Section, presented ICHCAP’s collaborative work with country partners in one of the parallel sessions of the conference.