Performing Tradition in Indonesian Channel: A Case of Informal Heritage Education through Communities and State Collaboration 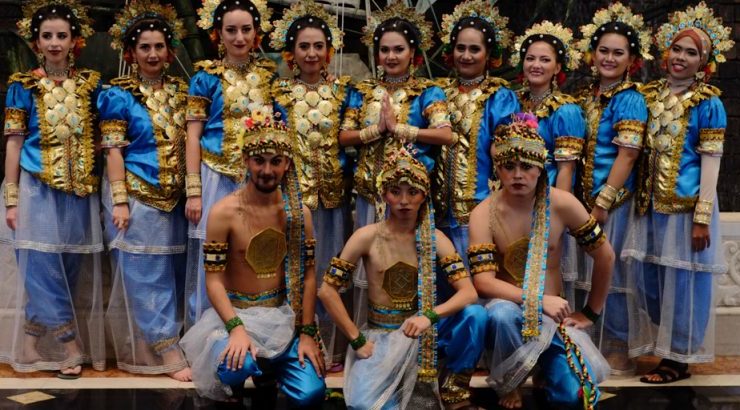 The wide construction of heritage and its symbolic value in the Asia-Pacific region (“wide” in terms of form and content) is made necessary and complex by the intervention of key global organizations such as UNESCO, the International Centre for the Study of the Preservation and Restoration of Cultural Property (ICCROM), the International Council on Monuments and Sites (ICOMOS), the International Council of Museums (ICOM), and the International Union for the Conservation of Nature (IUCN). Recent intervention in addressing the cultural complexity of heritage is the introduction of informal education of intangible cultural heritage. This kind of education, in its simplest form, provides a basic training that has the potential to put intangible cultural heritage to the mainstream public sphere. The Ministry of Foreign Affairs of the Republic of Indonesia initiated this kind of project called Indonesian Arts and Culture Scholarship (IACS) in 2003, focusing on traditional dance and music.

IACS was originally intended for Member States of the South West Pacific Dialogue such as Australia, Indonesia, New Zealand, Papua New Guinea, the Philippines, and Timor-Leste, but has over the years expanded to include Member States of ASEAN+3 and Pacific Islands Forum as well as European countries and the US. In the period of 2003 to 2016, IACS has been awarded to 718 alumni from 63 countries. By appropriating local performance cultures and branding them “traditional,” the program asserts sustainable cultural systems detached from Indonesia’s history of colonialism thereby affirming the importance of indigeneity of ethnic groups as the primary source of diversity and cultural identities in Indonesia.

The three-month program is offered largely to non-Indonesians whose main qualification is arguably “interest in Indonesian arts and culture.” When selected and grouped, they will be deployed to a participating Indonesian city where they will learn music and traditional performance by practice and immersion. The visibility of non-Indonesians “doing” Indonesian culture reinforces the idea of social inclusion in heritage learning. Considering how scholars of globalization view the world as a global village, the program poignantly paints cultural diplomacy as a viable method of exchange, communication, and, to some extent, multi-layered artistry. Another important element in the program is its laudable effort of moving away from the center or the capital (Jakarta). As the capital is perceived as the main economic zone, most cultural activities carried out there are charged as more valuable than others, inevitably putting other cultural practices in the periphery. Therefore, moving away from the center gives those “other cultural practices” and the communities surviving them the priceless tendency to be appreciated and recognized in wider terms. Art centers also play a crucial role in the program. As they carry the main obligation of deciding what and how IACS participants should learn, the program is implicitly building their capacity to devise an “informal curriculum” for effective learning. Finally, it should be noted that all the participants of IACS are tourists; even when Indonesian citizens are selected as participants, they will still be sent to a city almost always different to them. For effective safeguarding of cultural heritage, Logan and Wijesuriya (2016) fittingly remind, the focus is not “knowledge transfer” to heritage practitioners but “knowledge acquisition” by a wide range of audiences. As the program clearly reflects this proposition, the idea of tourism as a strategic employment of informal heritage education can be organized into an actual and sustainable project in such a way that certain observable outcomes can be achieved.

*The author thanks Fiska Dali Putri for her time and generosity as a resource.