People on Vanuatu’s Malekula Island Speak More than 30 Indigenous Languages. Here’s Why We Must Record Them 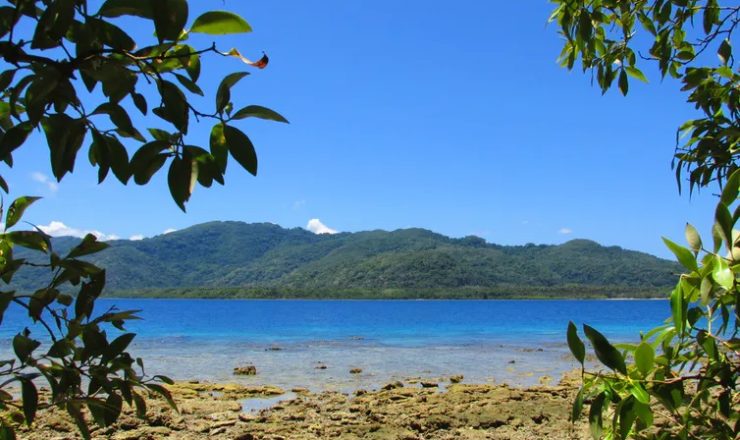 Malekula, the second-largest island in the Vanuatu archipelago, has a linguistic connection to Aotearoa. All of its many languages are distantly related to te reo Māori, and the island is the site of a long-term project to document them.

Vanuatu has been described as the world’s “densest linguistic landscape,” with as many as 145 languages spoken by a population of fewer than 300,000 people.

Malekula itself is home to about 25,000 people, who among them speak more than thirty indigenous languages. Some are spoken by just a few hundred people.

Indigenous languages around the world are declining at a rapid rate, dying out with the demise of their last speakers. The UN Permanent Forum on Indigenous Issues estimates one indigenous language dies every two weeks. As each language disappears, its unique cultural expression and world views are lost as well. Our project in Malekula hopes to counter this trend.

The work in Malekula began in the 1990s when the late Terry Crowley hosted a Neve’ei-speaking university student from a small village. The encounter inspired his interest in the island’s many Indigenous languages.

The Malekula project works with communities to facilitate literacy initiatives, often in the form of unpublished children’s books and thematic dictionaries. The research highlights the value of Indigenous languages as an expression of local cultural identity. The Malekula project is a response to the urgent need to record the island’s indigenous languages in the face of significant changes to almost every aspect of traditional life. These changes have brought indigenous languages into contact and competition with colonial English and French and the home-grown Bislama, a dialect of Melanesian pidgin. From education to religion, administration, and domestic life, Bislama is now often the language of choice.

Why is that a problem? The value of indigenous languages lies in the fact that they articulate the way in which people have engaged with and understood their natural environment.

Malekula has a 3,000-year history of human settlement. Each language spoken on the island encodes unique ways in which its speakers have sustained life. Indigenous languages preserve ways in which people engage with their environment.

Another fundamental aspect of indigenous languages is their direct link to cultural identity. In a place where distinctive local identities are the norm, the increasing use of Bislama reduces the linguistic diversity that has been sustained for millennia.

In recent times, the way of life for the people of Malekula has shifted from intensely local communities to broader formal education. Imported religions have similarly influenced local belief systems.

The same centralized governance that facilitates infrastructure development and access to medical care also affects the autonomy of small communities to govern their affairs, including the languages in which children are taught.

Traditionally, linguistic field research has produced valuable research for a highly specialist linguistic audience. Most scholars had no expectation of returning their research to the community of speakers. We initially followed this tradition in writing about the Neverver language of Malekula but grew increasingly dissatisfied with the expectations of the discipline. Looking to modern decolonizing research methodologies and ethical guidelines in Aotearoa, we developed the “first audience principle.” This means indigenous language communities should be the first to hear about any field research findings.

In 2020, the COVID-19 pandemic and travel bans brought linguistic fieldwork to an abrupt halt. During this unwelcome hiatus from fieldwork with Malekula communities, it has been tempting to focus on more technical analysis for our fellow academics. But our obligation to communities remains, and we are developing new ways of working with our archived field data in preparation for the time when we can return to Malekula.