One Asia in Dance: Expressing Identity and Togetherness 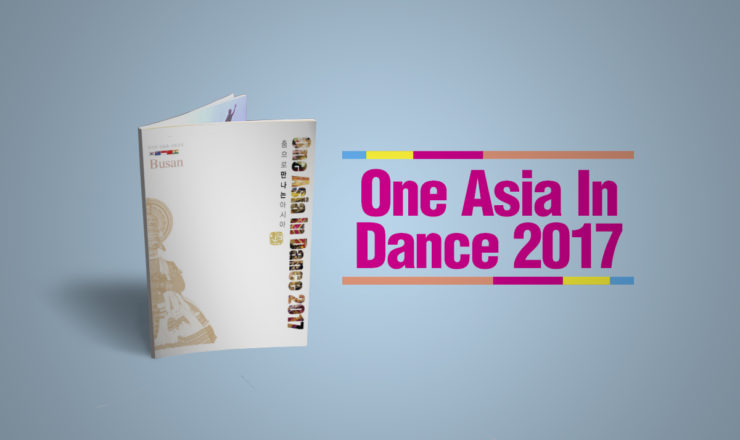 One Asia In Dance

The Asia-Pacific region is a sanctuary of expressive and performative cultures. Dance, being a staple medium of cultural expression, can and does assert belongingness and identity in a context of regionalism and heightened connectivity. The 10th One Asia in Dance is a good example of how dance functions as both a marker of cultural distinction and of similarities of Asian people. Held in Busan and Jinju on 27 and 28 August 2017, the 10th One Asia in Dance was participated by talented performers from China, Indonesia, India, New Zealand, and Korea. Sponsored by ICHCAP, the event was hosted by the Asia Dance Culture Institute. One Asia in Dance 2017 was a significant part of Yeongnam Dance Festival hosted by Busan National Gugak Center from 27 August to 23 September 2017.

Since 2010, One Asia in Dance has been introducing various Asian dance performances to wide audiences. This is a crucial effort as the public should have a basic understanding of dance being a fundamental component of culture as a system of bodily movements. In addition, performers of folk and ethnic dances need a space to evolve. The opportunity for many stakeholders that One Asia in Dance creates ultimately serves the aim of persistently engaging with the complex ways in which ICH is performed. Five dance groups graced this year’s program.

Composed of dancers graduated from the school of Art in Yanbian University, the Yanbian Heumjung Dance Company is the only dance school in China that serves as a center for Korean-Chinese dance education. They performed Sai Nai Mu, a folk dance originating from Xinjiang Uyghur, China. Their second performance was a Tibetan folk dance, Rebagu, where the dancers played the traditional bell drums on their head while dancing.

Performing one of the eight main classical dances of India called kathak, Amit Khinchi impressed the audience with his well-paced spins and rhythm. Kathak (story) originated from North India sometime between 3rd and 4th centuries BC.

The highlight of the program was the performances rendered by the Mawar Budaya Dance Atelier. Showcasing three dance types from Northern Sumatra, West Java, and Ache region, the all-women group exuded grace, precision, and passion. Their first dance, Tari Mansorandak, was derived from traditional ritual on welcoming for a returning respected guNewest visiting the village or villagers. The dance is performed with joy through various dynamic movement followed by a song expressing an advice and wise wisdom. Their second performance described the life of Batak women using tandok, a tool carrying containers made up of woven bayon (pandanus). Their dance with rice-filled tandok is an expression of gratitude to god. Their final performance, Rampai Aceh, symbolized cooperation and togetherness. Ten or more dancers usually perform this dance, led a leader producing drum beats and vocal signals. Rampai Aceh is technically unique that it accentuates the synchronicity and energy of the performers. A traditional dance from Aceh region, it is from the same origin as that of Saman Dance which was nominated to be included in the UNESCO Representative List.

Dance is a shared life-long intangible heritage. Humans have long been expressing their emotions through dance, living a life of complexity and solidarity through it. As a reflection on this, One Asia in Dance has been working on identifying the cultural characteristics of Asia through dance since its beginning.