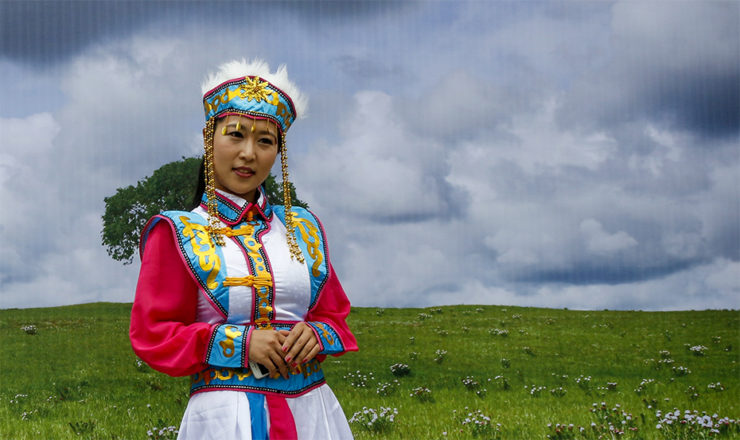 The culture of the Central Asian steppes expresses itself vividly in the lifestyle of traditional nomadic practices. Mongolian culture has been in practice in the nomadic life and the traditions surrounding the nomad’s home (ger). And it is present in religious celebrations, national festivals, art and crafts, music and dance, language and literature, which form the backbone of Mongolian intangible cultural heritage of Mongolia. Mongolia is filled with valuable cultural properties and intangible cultural heritage of humanity that have been kept or practiced for thousands of years.

The traditional architecture of the Mongols differed strongly from that of the settled peoples of Asia and other continents. Centuries ago, there the ger, also known as a yurt, appeared. It still offers shelter to nomads in particular places in Central Asia. Its development and fundamental principles are determined by the specific features of the way of life of Mongol tribes, which made it necessary to evolve a light and collapsible structure to be used as a dwelling or for public functions.

The Mongols have practiced several religions, of which Shamanism and Buddhism were the most common. The faith in Mongolia is Buddhism, though the state and religion were separated during the socialist period, but with the transition to the parliamentary republic in the 1990s, there has been a general revival of faiths across the country.

Mongolian arts and crafts have been passed down across generations from the Paleolithic times to today, leaving behind deep impressions on all facets of life and conscious, aesthetic, and philosophical thinking. Highly developed Mongolian arts and crafts come from the second millennium BCE. The works included sculptured heads of wild animals with exaggerated features. Other items include knives, daggers, and other items of practical and religious use.

Music is an integral part of Mongolian culture. Among Mongolia’s unique contributions to the world’s musical culture are the long songs, overtone singing, and morin khuur (the horse-headed fiddle). The music of Mongolia is also rich with varieties related to the various ethnic groups of the country. Among the most popular forms of modern music in Mongolia are Western pop and rock genres and the mass songs written by contemporary authors in the form of folk songs.

It is famously known that horses play a large role in the Mongols’ daily and national lives. Common sayings are, “A Mongol without a horse is like a bird without wings,” and “Mongols are born on horseback” these are arguably true words. Even today, horse-based culture is still practiced by nomadic Mongolians.