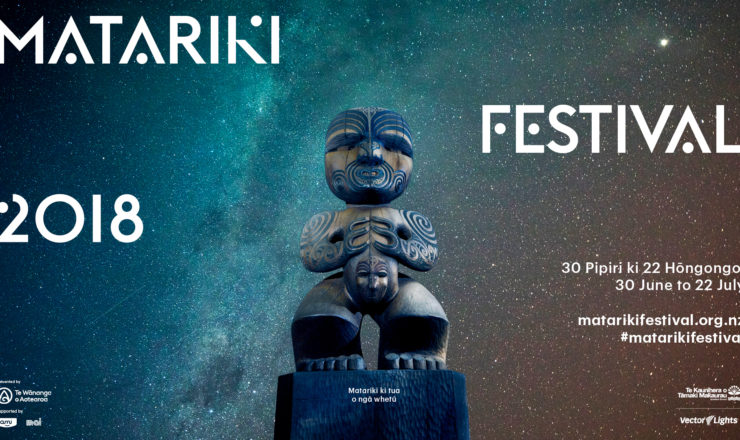 The star of Auckland’s winter season, the Matariki Festival, returns with an exciting line-up of more than a hundred events from 30 June to 22 July, from an evocative dawn karakia to a captivating kapa haka, a street party, family kite-flying events, lighting shows, and cultural events across Auckland in celebration of Matariki, the Māori New Year.

For an unforgettable experience, visitors may join the host iwi Te Kawerau a Maki to open the festival with a Dawn Karakia on Saturday 30 June at the Arataki Visitor Centre and bless the new year with karanga, the sounds of ancient karakia, waiata, and a haka composed specifically to mark the occasion.

Throughout the Matariki Festival, prominent landmarks will Light Up Tāmaki in Matariki colors. Events across Auckland will spread the joy of light, such as the popular InMotion Matariki, Te Ara Rama Matariki Light Trail, and the all-new Pou Rama in Aotea Square.

Joining them, from 6pm Sunday 1 July, Vector Lights on Auckland Harbour Bridge will shine in celebration of Matariki and festival iwi manaaki, Te Kawerau a Maki. The light show, accompanied by a soundtrack, celebrates the story of their arrival in Tāmaki Makaurau and their role as kaitiaki over the Waitākere Ranges and the mighty kauri. The show will run from 6pm to midnight on Sunday 1 July and every Friday and Saturday through to the end of the festival.

Festival favorite Manu Aute Kite Day celebrates kite flying traditions across Tāmaki Makaurau, with simultaneous events in Ōrākei, Puketāpapa, and Manurewa. Marvel as the sky fills with kites of all shapes and sizes, symbolically connecting heaven and earth. Watch the professionals maneuver huge kites in the sky or have a go-yourself and send your messages to the heavens.

In Matariki on the Move: Waiata, four striking female vocalists—Annie Crummer, Betty-Anne Monga, Maisey Rika, and Ria Hall—come together as Kāhui Whetū, a powerful quartet of vocal prowess, to celebrate Matariki. See the talent of the future perform at Matariki on the Move: Ngahau, featuring performing arts students from Te Wānanga o Aotearoa.

Grab your friends after work on Friday 20 July and head to Te Korakora on Federal, an urban street party in collaboration with SKYCITY and powered by Huawei P20. Experience the vibrant sights, sounds, and flavors of te ao Māori on Federal Street. Dance the night away under the Matariki stars while enjoying a line-up of local music talent, including Ria Hall, Che Fu, Annie Crummer, Rob Ruha, and the Witch Doctor, accompanied by some tasty Māori-inspired dishes from SKYCITY executive chefs.

A range of community events will bring Aucklanders together to reflect on and celebrate our uniqueness in relation to the Matariki season. Some great new events this year include Matariki Gourmet Hāngi, where top-notch restaurants and their famous chefs try their hand at cooking in an earth oven, acclaimed te reo Māori theater production He Kura E Huna Ana and the WAI.TAI and Kai collaboration of Māori world music and modern Māori kai at The New Zealand Maritime Museum.