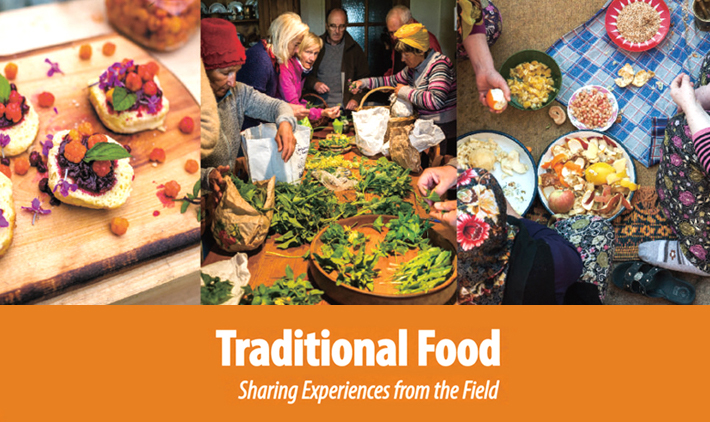 International Information and Networking Centre for Intangible Cultural Heritage in the Asia-Pacific Region (ICHCAP) published the book Living Heritage Series – Traditional Food in collaboration with the ICHNGO Forum’s #HeritageAlive in November. The Living Heritage Series is a serial publication on regional/national transmission and safeguarding of intangible cultural heritage elements. It focuses on a different topic each time, discussing the relevant intangible cultural heritage of various regions to raise the visibility of cultural diversity emphasized by the UNESCO.

The ICHCAP published the inaugural Traditional Medicine volume of the Living Heritage Series in 2017 and Tugging Rituals and Games in 2018. The topic of the third volume in the Living Heritage Series-“Traditional Food”, was selected through an editorial meeting together with the ICH NGO Forum’s online journal #HeritageAlive. The articles were collected through an open call. As traditional food contains traditional knowledge for sustainability in communities and humanity as a whole, the topic fits well with the UN’s sustainable development goals. The ICHCAP hopes to promote cultural diversity as well as the value of intangible cultural heritage and practices by presenting information on traditional food from various regions. This book is the fruit of efforts made to that end by the ICHCAP, related specialist organizations and expert groups.

Living Heritage Series-Traditional Food showcases creative and historical traditional food from around the world through contributions from 16 writers in various countries. Food is the most fundamental element of human life, closely connected to the history and identity of individuals and communities. The unique traditional food and food customs of a community, region and nation are formed through complex interactions with the natural environment, social environment, politics, economy and culture. Such traditional food and food customs are also passed down, evolved and reinvented through generations, as an integral part of the life of the community. Thus, traditional food is an essential part of the community, and the source of life itself. Readers will find a rich collection of information on the intangible heritage contained in traditional food in this volume, as it leads them through a journey exploring the history and stories held within the most basic forms of human sustenance.

ICHCAP will collaborate with the ICHNGO Forum’s #HeritageAlive to hold a commemoration event for the publication of Living Heritage Series-Traditional Food at the 14th session of the Intergovernmental Committee for the Safeguarding of the Intangible Cultural Heritage to be held in Bogotá, Colombia.