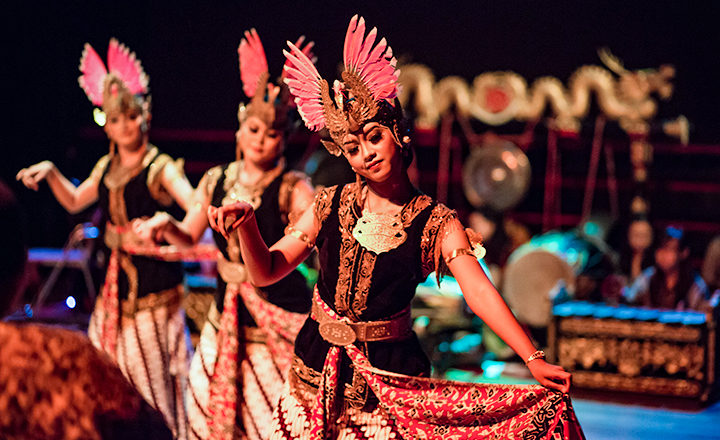 Singapore’s Malay Heritage Centre (MHC) organizes Lintas Nusantara, an annual dance festival that serves as a platform for dance masters and troupes from Singapore, Malaysia, Indonesia, and other countries in the region to showcase their work and capabilities and to facilitate cultural exchanges among the countries involved.

To commemorate the tenth anniversary of the festival, MHC will be launching a publication entitled Lintas Nusantara: A Spectacle of Dance and Music in October 2021. The publication will provide a visual record of all the dances performed at the festival and include several essays that aim to provide a deeper understanding of the various dance forms as well as their origins, development, and evolution.

It will cover a total of twenty-three Malay dance forms performed in Singapore, different states in Malaysia, and different regions of Indonesia. These dance forms include Zapin Sungai Kallang from Singapore; Mak Yong and Tari Asyik from Malaysia; and Pajaga Makkunrai (Bugis), Tari Golek Menak (Yogyakarta) and Tari Gending Sriwijaya (Palembang) from Indonesia.

As part of the publication’s aim to foster more extensive research into dances from the Malay Archipelago, it will feature twenty-seven essays by academics and researchers from Singapore, Malaysia, Indonesia, East Timor, and the Philippines. These essays will cover topics such as preserving dance and community traditions; spirituality in dance and movement; forging cultural and community identity through dance; cultural borrowings as expressed through music, costumes, and movements.

Lintas Nusantara: A Spectacle of Dance and Music will also include reflections regarding the importance of cultural exchanges in the growth and evolution of dance and music as well as the development of a dynamic Malay dance ecosystem from musicians Thow Xin Wei (Gamelan Singa Nglaras) and Fadhli Ramlee (aluNada Muzik) as well as an interview with Mr. Osman Abdul Hamid, a dance practitioner renowned for his artistic contributions to the Malay dance scene in Singapore since the late 1970s.

Through this publication, MHC hopes to provide an overview of the wide spectrum of Malay dance forms, contribute to existing research and documentation on Malay performing arts, and promote greater cross-cultural understanding and appreciation of the diverse dance forms from the Malay world.

Lintas Nusantara: A Spectacle of Dance and Music is a bilingual publication written in both English and Malay, and interested parties can send their inquiries to Jamal_Mohamad@nhb.gov.sg.