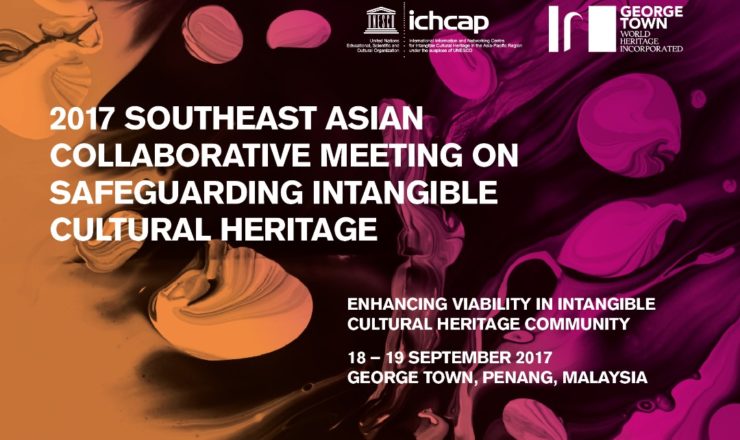 The question of how to apply integrated approach in ICH safeguarding is a fundamental issue in implementing the 2003 Convention. It also entails further questions not only for intangible heritage field, but also regarding other relevant cultural heritage fields. Over the past thirty years, many attempts have been made to focus on the interrelationship between tangible and intangible heritage in re-organizing the concept of heritage management.

In the Nara Document on Authenticity (1994) and the Yamato Declaration (2004), the interrelationship between tangible and intangible heritage is stressed. Consequently, each UNESCO Member State is urged to adopt an integrated approach in their national heritage management policies. However, both documents are declarative, providing no in-depth analysis on such interrelationship. Therefore, it neither could be applied to Member States in light of institutional improvement nor it could hold credibility to be used as a springboard for follow-up study. Therefore, ICHCAP has decided to organize a meeting with the aim of finding out a good method of integrated approaches from the viewpoint of ICH safeguarding within the framework of the 2003 Convention. Such aim requires a discussion of the intangible value of tangible heritage and an inquiry of the tangible elements of ICH by looking into various case studies of ‘cultural spaces’. In light of this, ICHCAP and GTWHI are co-organizing the 2017 Southeast Asian Collaborative Meeting on Safeguarding Intangible Cultural Heritage to be held in George Town World Heritage Sites where diverse and living forms of ICH exist today. More than thirty NGOs, experts, and government representatives from eleven Southeast Asian Member States will participate to discuss and share information on multidisciplinary approaches in ICH safeguarding.

In the final plenary session, the rapporteur will present summary reports and adopt outcome documents, which is meant to reflect on particular discussion key points during the two days of the meeting. Through this collaborative meeting, it is expected to address the importance of recognizing the interrelationship between tangible and intangible forms of heritage, as well as the involvement of relevant communities in heritage discourse. On 20 September, ICHCAP’s working meeting will be held to discuss on-going and future projects with Southeast Asian Member States.