Language Is the Principal Vehicle Through which Living Heritage Is Kept Alive: International Mother Language Day 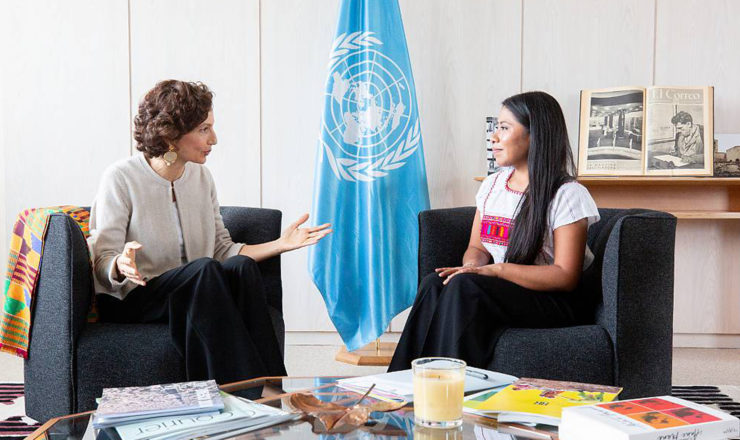 “Each Language Has its Own Unique and Incomparable History”

While the practice and transmission of living heritage contributes to the vitality, strength, and well-being of indigenous communities, language is the principal vehicle through which such living heritage is kept alive.

The personal story of Yalitza Aparicio relates to those of many indigenous families who are losing their native languages—in Mexico and elsewhere.

Her breakthrough as an actress brought her international fame as she received an Oscar nomination for best actress for her film debut in Roma in 2018. In fact, she had to learn Mixtec for her role, which is the language of her father’s ancestors.

Since then, she has used this recognition to promote the safeguarding of indigenous languages as UNESCO Goodwill Ambassador.

I have faith that insofar as we defend the linguistic heritage of each community, other people will be able to recognize the beauty behind each mother tongue, because each language has its own unique and incomparable history.

These words spoken by Yalitza Aparicio at the UN General Assembly marked the pinnacle of the International Year of Indigenous Languages, dedicated to defending and promoting the 6,700 native languages spoken around the world that are disappearing at a rate of two per month.

Read more from her interview with UN news