Kiribati and Singapore Join the 2003 Convention 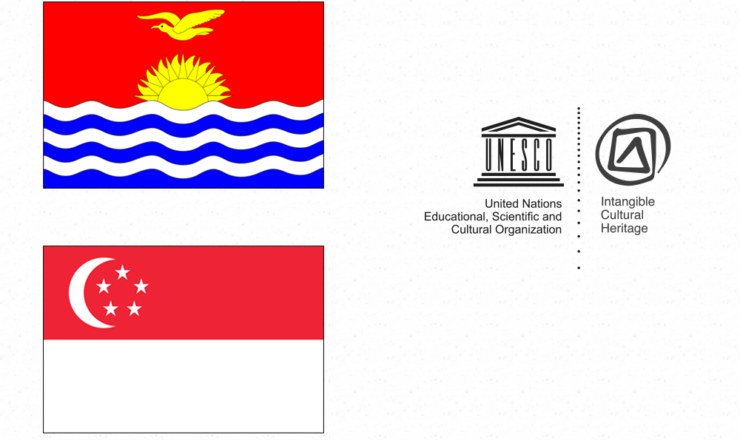 By depositing their instrument of ratification respectively on 2 January and 22 February, Kiribati and Singapore became the 176th and 177th States to join the 2003 Convention for the Safeguarding of the Intangible Cultural Heritage. As States Party to the Convention, these two countries are now part of a worldwide international network promoting the safeguarding of living traditions.

An archipelago of thirty-three atolls and reef islands and one raised coral island in the central Pacific Ocean, Kiribati is home to a diverse living heritage. Its own governance system is a blending of contemporary and traditional chiefly system, which plays a key role in maintaining social cohesion and promoting community resilience, especially in its outer islands.

Widely recognized for its long-standing experience in the promotion of cultural diversity in a multi-ethnic society, Singapore demonstrates through its ratification of the Convention its acknowledgement of the importance of heritage and its commitment to the safeguarding of living traditions for future generations.

The Secretariat of the 2003 Convention is pleased to welcome Kiribati and Singapore, and is looking forward to a strengthened cooperation.