Interconnectedness of Culture and Craft (Tais) in Timor-Leste 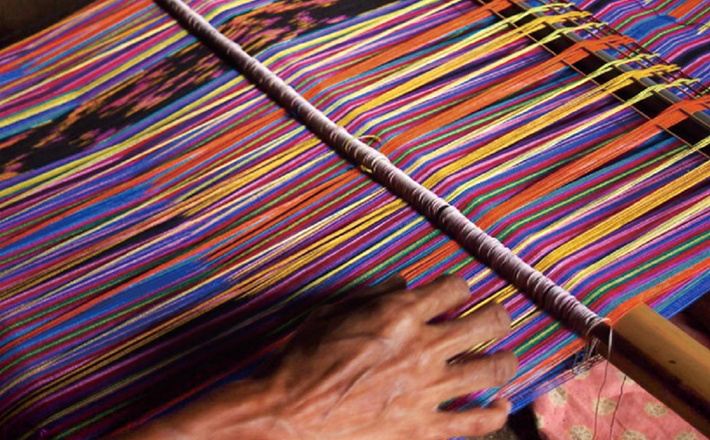 Ceremonial cloth known as tais (traditional handcraft) has been woven in Timor-Leste for generations. Weaving traditions are considered key social functions for strengthening familial bonds. Textiles handcrafts are an invaluable expression of traditional knowledge and East Timorese culture. The designs and techniques to produce textiles have been handed down matrilineal lines recording a woven narration of the culture, lore, paradigms, and stories of Timor-Leste’s history.

Traditional textile cloths are traditionally given by one Timorese woman to another as a mark of respect or symbol of repentance. From Timorese ancestors’ time, a woman learns how to make tais so that when she gets married, she can make tais for ceremonies or to sell in the barter market. Meanwhile tais led important role for Timorese children, and the local knowledge has been transmitted across generations. In Timor-Leste, transmitting weaving knowledge from mother to daughter is interwoven within a cultural system of collaboration and respect, where women, men, and young people work together to share cultural practices in a way that benefits the entire community.

Tais place a significant value on the process of feto-sa and umane in Timor-Leste’s cultural context (relationships between two families having marriage, and they establish a bond of obligation between the marrying families). Tais were also used on occasions such as funerals and kore-metan ceremonies (funeral anniversaries usually held one year after death).

Both dyeing and weaving are intimate social processes, usually done by a group of women. Women who are isolated in villages both socially and economically usually work together as team to work on obtaining a common goal. This reflects a broader social structure in Timor-Leste, where people once built their societies on a system of connectedness and community, a set of values and beliefs surrounding kinship, ceremony, spirituality, and weaving. The weaving, wearing, and use of the textiles are essential to the Timorese sense of being and was a way of asserting their differences in the past. 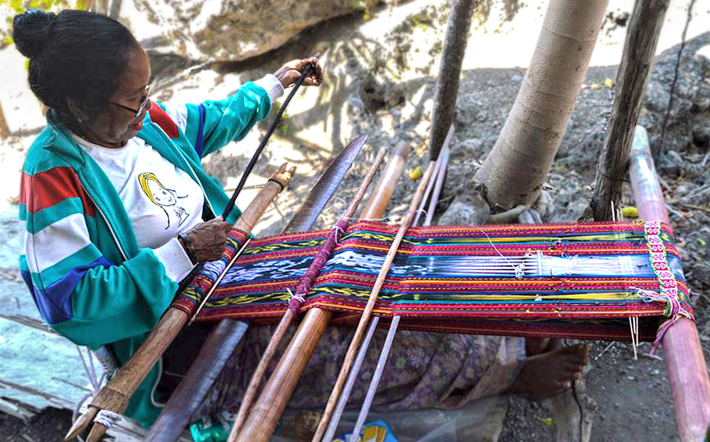 The designs and color used to make a tais vary. For instance, in eastern part of Timor-Leste tais is mainly woven from cotton using a combination of plain weave and ikat techniques. Ikat is a dyeing technique used to pattern textiles that employs resist dyeing on the yarn prior to dyeing and weaving the fabric. In ikat the resist is formed by binding individual yarn threads or bundles of yarn with a tight wrapping applied in the desired pattern (ikat means “to bind” in the Indonesian language). Long, narrow panels of cloth often take months or years to complete. Concern with the dyeing process, usually the giant pestle is used to pound leaves and bark for a new batch of natural dyes.

In the western part of the country, weavers have used a tapestry weaving technique called mnaisa to weave small sections of belts for the past four years, which is the overall process of using natural dyes.
In tradition, the colors chosen for any one cloth depend on the occasion and where it will be worn. In the villages, weavers use endemic plants to color hand-spun cotton; however, the lack of raw material for dyeing and increasing availability of polyester fibers and synthetic dyes are changing the way tais is made.

The practice of the weaving traditions have declined dramatically due to globalization and post-conflict isolated conditions in Timor-Leste. The lack of participation of young peoples on the weaving process and the lack of the society awareness and government support to enact ICH as a priority national action plan has created challenges on pursuing safeguarding implementation.