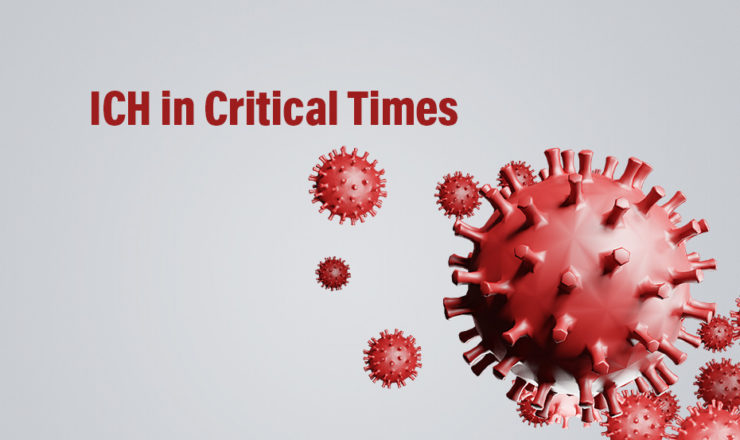 This essay is the second in a series that chiefly argues for the importance of seeing intangible heritage protection as a form of human rights protection and thus a necessity in critical times such as COVID-19 pandemic. But is “heritage in critical times” a new concept? How do we qualify “critical times”? How has the discursive portrayal of bodies of knowledge and practices, as well as natural and built environments, in need of protection reinforced the concept of critical times?

This idea of “heritage in critical times” initially surfaced in the discourse around intangible heritage: when a cultural symbol is threatened by a physical harm. In Terrorism, Conflicts and the Responsibility to Protect Cultural Heritage (2016), Federico Lenzerini notes that the intent to eliminate communities is the common denominator characterizing all main cases of destruction of cultural heritage throughout history such as the demolition of part of the Pyramid of Menkaure in Egypt by Sultan Al-Aziz Othman at the end of the twelfth century, the systematic destruction of mosques and other religious or historical constructions during the Balkan wars in the former Yugoslavia in the 1990s, and the destruction of the two ancient giant Buddha statues in the Afghan valley of Bamiyan by the Taliban in 2001. What’s deeply significant in the discussion of Lenzerini is its commitment to the concept of cultural heritage as a “common good” belonging to all of humanity, noting the preambles to the 1954 Convention on the Protection of Cultural Property in the Event of Armed Conflict and the 1972 World Heritage Convention, affirming that “deterioration or disappearance of any item of the cultural or natural heritage constitutes a harmful impoverishment of the heritage of all the nations of the world.” This collective belongingness to heritage from tangible cultural heritage definitely persists when intangible cultural heritage (ICH) came to the fore, except ICH introduced threats to heritage in an abstract sense such as globalization and abandonment of traditional ways of life. Nevertheless, this kind of attitude toward heritage succinctly legitimizes the responsibility to protect all cultural heritage elements, tangible (including natural) and intangible, as an innate obligation, a part of coming into humanity. This also implies that the idea of “critical times” has made it possible to see and imagine some objects and practices as representative of our humanity and call it heritage. In other words, “critical times” arguably directed the generation of heritage knowledge as well as public measures to protect and rescue those cultural symbols we now call heritage of the humanity.

The above description of a link between “critical times” and heritage signals that even before the emergence of the COVID-19 pandemic, safeguarding and conservation practices were already situated within complex circuits of cultural interactions, interventions, and initiatives. And when social activities began to be restricted, cities placed on different forms of lockdowns, festivals cancelled as among the calamities brought by the pandemic, heritage protection has just become more complicated and challenging. Due to the fact that social distancing has become the most pervasive preventive measure against coronavirus, it has become almost instinctual to us to heavily rely on the internet to gain some modicum of normalcy, to be in touch with each other. In my observation, cultural practitioners in the ICH field also adopt the same formula in continuing their work, resorting to online infrastructures to conduct relevant activities. For example, UNESCO is developing a plan of action for Central America to ensure universal access to documentary heritage, which includes the use of community media to assuage the limited capacity of many people to internet access. I can only imagine the strong intent of organizations to continue the safeguarding and transmission of ICH thru every possible means, though this time, with a stronger consideration of digitizing community traditions, translating practices into electronic records, cultural rituals into screen. However, the reflexive use of internet or online technologies in ICH safeguarding and transmission in the pandemic may calibrate problems such as heritage fossilization. What are our views on the internet or digital technologies in areas of heritage archiving, documentation, and information dissemination in critical times? I argue that the continuous safeguarding and transmission of ICH must include a consideration of how ICH information is produced at the community or individual level, not only the possible means that such information can be disseminated in critical times. How then can we support communities, groups, and individuals in order for them to remain at the center of ICH information production? What new modes of documentary procedures can we implement that regard the fluency of the ICH of communities, relevant ethical frameworks as well as possible health risks?

Albeit the use of digital technologies can alleviate the feeling of impoverishment of information, there certainly is no single solution to a massive problem and sharing of experiences, as well as persistent networking, can make a difference in better understanding different contexts, specifically community needs and available instruments for heritage work to continue. The consumption of ICH information as a digital output may well be very possible in a context of restricted social mobility, but the production of such ICH information (for example, this online exhibition of ICH in South Asia and the Pacific) nonetheless requires actual social interaction. I maintain that ICH communities and tradition bearers should remain at the center of any effort to produce and disseminate ICH information.