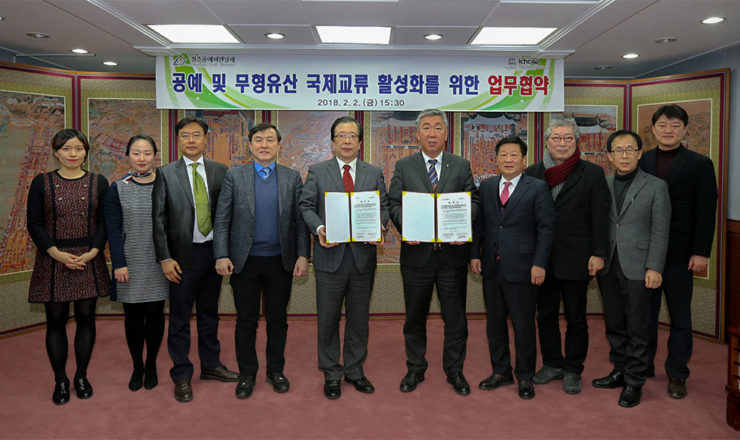 On 2 February 2018, ICHCAP signed an MOU with the organizing committee of the Cheongju Craft Biennale at Cheongju City Hall, laying the foundation for joint projects on ICH.

Sixteen representatives from both sides attended the signing, including ICHCAP Director-General Kwon Huh and Deputy Mayor Lee Beom-seok, who is acting as the chairman of the organizing committee.

Through the MOU, the two organizations will cooperate in the following areas: co-hosting international events; workshops and seminars; local and global networking related to the preservation and promotion of ICH; sharing of information and reports, including academic publications; and other areas they consider necessary.

By signing the MOU, the two organizations have agreed to build active and reciprocal relationships for safeguarding ICH and promoting creative cultural exchange in the spirit of the 2003 Convention for the Safeguarding of Intangible Cultural Heritage.