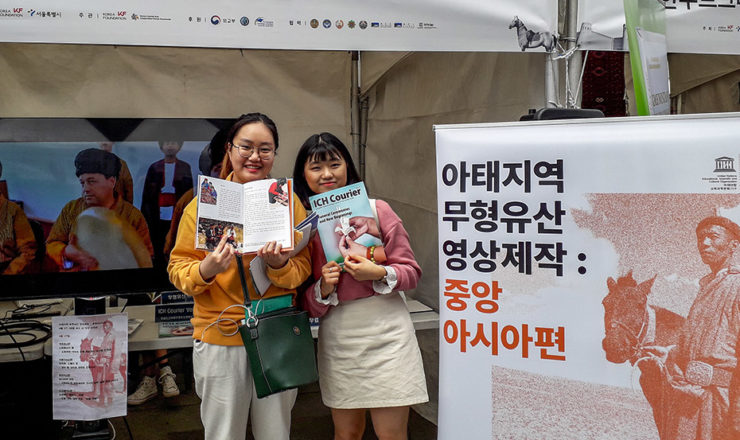 ICHCAP joined a street festival that was an additional event at the Central Asian Spring Festival—Nowruz in Seoul and organized by the Korea Foundation. The festival was held in areas around Cheonggye Plaza in Seoul on 27 and 28 April 2019. By operating its booth, ICHCAP showcased Central Asian ICH videos and ICH related books and brochures that were produced with the support of the center.

The Nowruz in Seoul festival was held under the theme of the Nowruz celebrations of five Central Asian countries (Kazakhstan, Kyrgyzstan, Tajikistan, Turkmenistan, and Uzbekistan). The exhibitions, films, and performances presented various cultures and arts that are not well known to Koreans. Relevant embassies participated in the street festival as well as fashion shows and booths that include food, tourism, and activities.