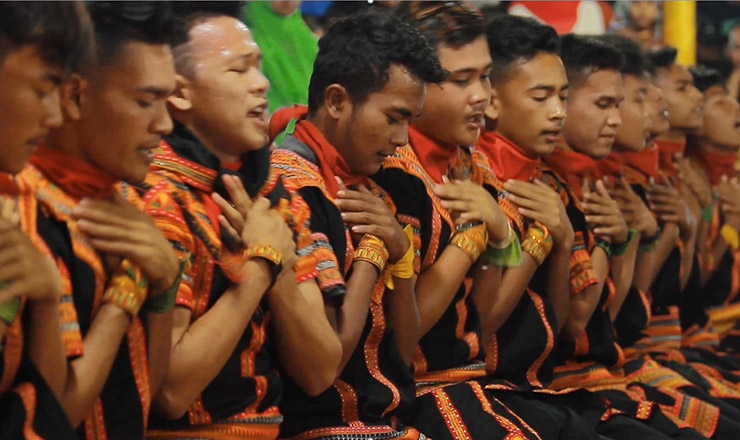 Saman is a traditional religious performing art of the Gayo people in Gayo Lues and surrounding districts in Aceh Province, Indonesia. The performers, always an odd number, sit on their heels and kneel in tight lines. Saman movements symbolize the environment, nature, and everyday life. The verses and movements go on continuously in an ever-increasing tempo without a break until the performance ends. The Saman is also an important binding cultural mechanism among different communities, and it is performed on many occasions. Saman was inscribed on the UNESCO List of Intangible Cultural Heritage in Need of Urgent Safeguarding in 2011.

Since 2017, ICHCAP has been producing ICH documentary films in collaboration with eight countries in Southeast Asia—namely, Indonesia, Vietnam, Malaysia, Philippines, Cambodia, Lao PDR, Myanmar, and Thailand. As the first result of the project, ten films of each country from Indonesia and Vietnam have recently unveiled. ICHCAP is going to introduce the films one by one through ICH Plus as well as Facebook and YouTube.