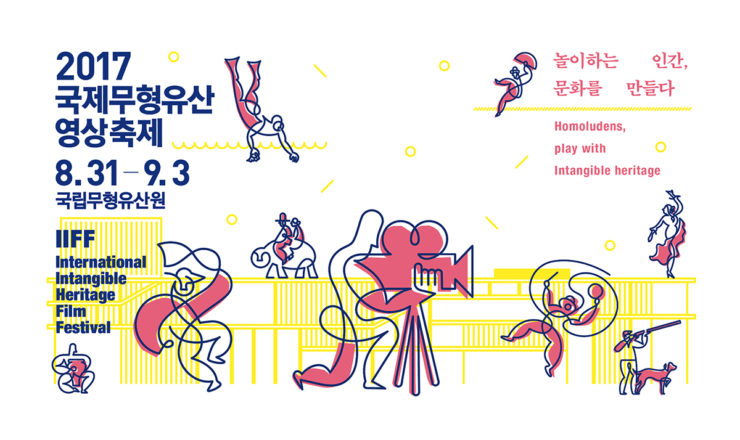 The Spectrum section selects films related to this year’s theme, “Humans Playing Creating Culture”. It highlights Korea’s traditional plays such as salpan, pungmul, and eol-lun; all of which are acts of Namsadang Nori as reinterpreted in a modern context. Namsadang Nori was listed as UNESCO Intangible Cultural Heritage of Humanity in 2009. The section emphasizes the “playing” aspect through the collaboration of films and performing arts.

The Discovery section introduces films submitted for international competition. A total of 1,048 entries were narrowed down to nine features, marking a competition rate of 131:1. The films will be judged during the festival to win the IIFF Grand Prize and IIFF Best Film awards. The awards ceremony will be held on 3 September.

The Special section is also fortified to reflect on the expandability and experience of intangible heritage. As a UNESCO ICH category 2 center, ICHCAP supports the IIFF and presents the special exhibition “Living Heritage – Wisdom of Life” to introduce the results of the Central Asian ICH-video production project. There will also be many other special programs such as narration, public talk with a film critic, and special lecture.

The Family section screens animations and dramatic films for family-oriented visitors. It provides various play programs related to the films. The 1st IIFF User-Created Content (UCC) Contest winners will be honored at an awards ceremony and their work will be screened.