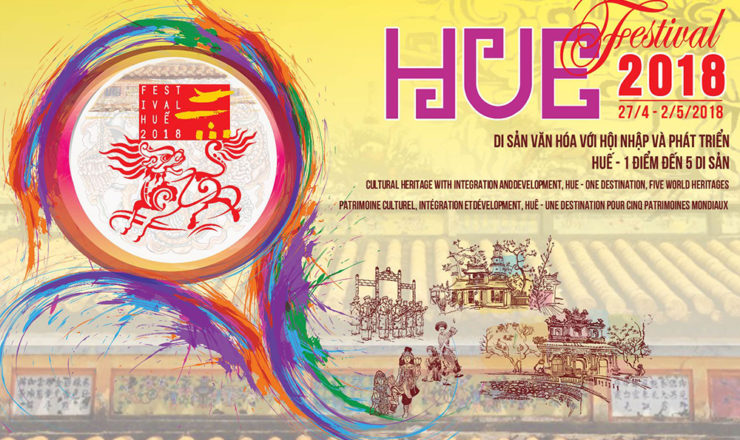 Building on the theme “Cultural Heritage with Integration and Development; Hue—One Destination, Five World Heritages”, the tenth Hue Festival will be held from 27 April to 2 May 2018. Hue Festival 2018 is regarded as the succession and also the affirmation of the reputation of the nine previous ones. It will be held to commemorate cultural and historical milestones of Vietnam and Thua Thien Hue Province, particularly, the 230th anniversary of the Nguyen Hue Emperor’s Coronation at the Ban Mount (1575–1788); the 25th anniversary of UNESCO’s recognition of the Hue monument complex as a World Cultural Heritage Site; and the 15th anniversary of UNESCO’s recognition bestowed on Hue’s Court Music as a Masterpiece of the Oral and Intangible Heritage of Humanity.

The event will showcase art performances representing the different cultures of Vietnam and dozens of other countries. It will offer the audience the quintessence of Hue’s cultural and artistic values, inspired by UNESCO-recognized world heritage, including the Complex of Hue Monuments (1993), Royal Court Music (2003), Woodblocks (2010), Imperial Archives (2014) of the Nguyen Dynasty, and the poetry on Hue royal architectural works (2016). A variety of traditional and contemporary art performances will be staged inside the Citadel, An Dinh Palace, and other open venues within the city.