How do ICH Festivals Ignite Community Involvement in the Case of MassKara Festival? 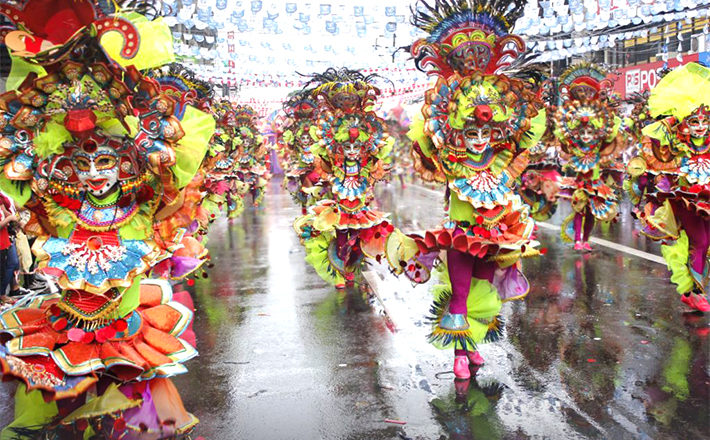 Tourism centered on an experience with heritage is the largest, most pervasive, and fastest growing sectors of the tourism industry today, which particularly in the developing world is perceived as a means to address pressing problems related to poverty (UNWTO, 2005). Dallen Timothy and Gyan Nyaupane in Cultural Heritage and Tourism in the Developing World associate heritage tourism with “living and built elements of culture” and the ways in which human inheritances from the past become landscapes that enable the experience of natural, environmental, and cultural artifacts including “immaterial heritage elements such as music, dance, language, religion, foodways and cuisine, artistic traditions, and festivals” (2009: 3). The MassKara Festival of the Philippines is quite accurately situated within this understanding of heritage as a possibility for touristic activities with potential of providing economic remedy.

MassKara Festival is an annual event in the city of Bacolod, affectively known as the “City of Smiles”. Bacolod, a highly urbanized city, is the capital of Negros Occidental province. For nearly forty years, Bacolod has been hosting the MassKara Festival which, according to Mayor Evelio R. Leonardia, has become one of the pillars in their drive toward sustainable development. Reflecting on that, my recent field visit allowed me to investigate more on the dynamics of mask-making and how it could revitalize the communities in Bacolod.

MassKara Festival was born in the midst of tragic events such as sugar cane price fall and the death of hundreds of people in the inter-island vessel crash in the 1980s. At first, the festival was a strategic plan to overcome great losses. Because of the festival’s reliance on communal cooperation and creativity, it quickly became a cultural space that shaped the identity of the people of Bacolod. In my interview with veteran festival directors Rudy Reveche and Clem Del Castillo, they explained that the festival features a street dance competition where people from all walks of life troop to the streets to see masked dancers gyrating to the rhythm of local musical beats in a display of mastery, gaiety, coordination, and stamina. Major activities include street dance competitions, Electric MassKara, beauty pageant, fireworks display competition, carnivals, drum and bugle corps competitions, food festivals, sports events, musical concerts, agriculture-trade fairs, garden shows, and other special events organized every year.

It is quite engrossing how festivals or cultural practices around performative entertainment play a distinct role in maintaining positive valences in challenging conditions.

When I visited a craft workshop in mask making in Barangay Banago, I realized that it is one of poorest districts situated near the sea but recently became the Electric MassKara Champion. When I interviewed Punong Barangay Ricky Mijares Sr., Kagawad Tessie Porceso, and some dancers, mask designers and choreographers showed me the whole process of mask-making. Three craft men in the workshop usually produce sixty masks for the performing group that participates in the competition per year. They seem to fully focus on designing and producing the performing masks for the MassKara Festival. Craft men say that they are satisfied with their works of mask-making in terms of economic earnings and social pride. Normally, about fifteen performing groups (each group composing of approximately 60 members) join the competition of MassKara Fesitival. To win is not an easy feat that is why they have to exert huge efforts in designing better masks and upgrading performances each year. Therefore, the competition is an important factor in the evolution of the festival.

Artistry, community bonding, and the social function of culture are crucial points to raise when talking about the MassKara Festival. In addition, the fact that the event brings revenue to the city through sponsorships and purchases of materials for the festival, among other things, should also be re-considered. The growing commercialization of cultural practices in developing world has serious implications not only to how we understand sustainable development, but also to heritage transmission and the ways in which heritage becomes the source of livelihood.

MassKara Festival is an annual event in the city of Bacolod, affectively known as the “City of Smiles”, of the Philippines. Dr. Seong-Yong Park’s recent field visit in November 2019 to Bacolod was made thanks to kind invitation of International Mask Arts and Culture Organization (IMACO) and Andong City, Korea on the occasion of the IMACO International Conference Bacolod Philippines 2019. He has conducted a research to investigate further the dynamics of mask-making and how it could revitalize the communities in Bacolod, giving him a more informed perspective through interviews with Filipino mask-makers and relevant community. In his discussion, Dr. Park maintains that festivals or cultural practices around performative entertainment play a distinct role in maintaining positive valences in challenging conditions. However, the growing commercialization of cultural practices in developing world should be seriously re-considered.