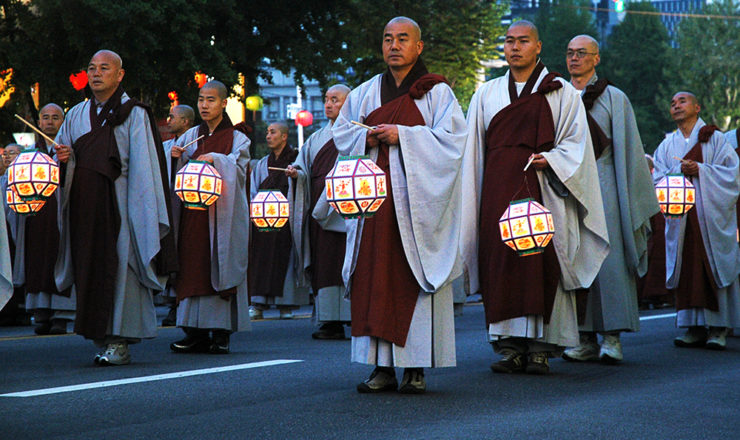 For Buddhists all over the world, Vesak (Vaisakha, Buddha’s Birthday or Buddha Day) is the holiest day of year. It commemorates the birth, enlightenment, and death of Siddhartha Gautama, or the Buddha. It is celebrated on different days in many countries, mostly on the first full moon day of May or 8 April of the lunar calendar.

While cultural influences have characterized various differences with regards to the treatment of celebrations, a common thread binds them together, making this unbroken 2500-year-old tradition one of the world’s oldest birthdays.

Offerings of prayers, joss sticks, and incense, as well as giving food to the needy and making donations reflect the more traditional aspects of the occasion, whereas the popular festivities that accompany them, such as parades and processions of vibrantly decorated floats add a contemporary flavor to one of the world’s longest standing birthday celebrations.

Nepal is the birthplace of the historical Buddha in the fifth or sixth Century BCE. Jammed packed with festivities, Buddha Jayanti (Buddha’s Birthday) observances in Nepal, commemorate not only his birth but also his enlightenment and demise and runs for a single day. At the Maya Devi temple in Lumbini, where Queen Maya Devi, the mother of the Buddha, gave birth, large numbers of national and international monks, including pilgrims from different cultures and religions, make the journey to offer prayers and to soak up the carnivalesque atmosphere resulting from the temple’s World Heritage status.

In Kathmandu, thousands flock to ancient Buddhist sites such as Swayambhunath temple, the oldest temple in Nepal, and the Boudhanath, the biggest stupa in Nepal, to join the colorful processions of musicians and dancers while prayers and offerings are made by Tibetan monks in much the same way as when it was part of a trade route between Lhasa and Kathmandu. Full moons are always auspicious occasions, but lighting butter lamps, spinning prayer wheels, and chanting mantras on this particular one is considered extra special.

In Myanmar, Buddha’s birthday celebration is known as the full moon Kasone Festival. In the festival, water is a dominant feature, with devotees pouring water on Bodhi trees, the same species under which the Buddha gained enlightenment in Bodh Gaya, India, more than 2,500 years ago.

Pouring water on statues is a regular ritual in Myanmar, particularly on full moon days, and symbolizes purification, goodwill, and good luck. Kasone is an exceptional full moon, with religious verses recited at temples or pagodas throughout the country. Particular reverence is observed at the Golden Pagoda (Shwedagon Zedi Daw, the most sacred Buddhist pagoda in Myanmar) in Yangon, where devotees dressed in white chant mantras and circumambulate the pagoda clockwise while pouring water on the statue according to one’s day of birth.

In keeping with the water theme, fish are also released into cooler waters of lakes and rivers during the dry season, with the nearby Kandawgyi Lake and Inya Lake in Yangon being the most popular spots to observe this ritual.

In the Republic of Korea, the most popularly celebrated event honoring Buddha’s Birthday, is the Yeon Deung Hoe (Flower Lantern Festival). Generally held on a Saturday night a week before the nationwide public holiday, the main artery of downtown Seoul is illuminated by vividly decorated lanterns in all shapes and sizes in a parade, drawing a crowd of enthralled onlookers.

This annual tradition is listed on their national intangible cultural heritage inventory. These days, this has become one of the country’s most popular festivals, pulsating with an eclectic blend of traditional and contemporary Korean culture.

In the days leading up to the public holiday, devotees hang colorful lanterns containing their heartfelt wishes in local temples. The piece of paper attached to the base of the lantern usually contains one’s wishes for good health, or prosperity, or for academic achievement.

On the day itself, which falls on 3 May in 2017, devotees visit local temples to make offerings of flowers, incense, and candles. Interpreted symbolically as radiating warmth into darkness, here the Buddha becomes a manifestation of the lantern light.