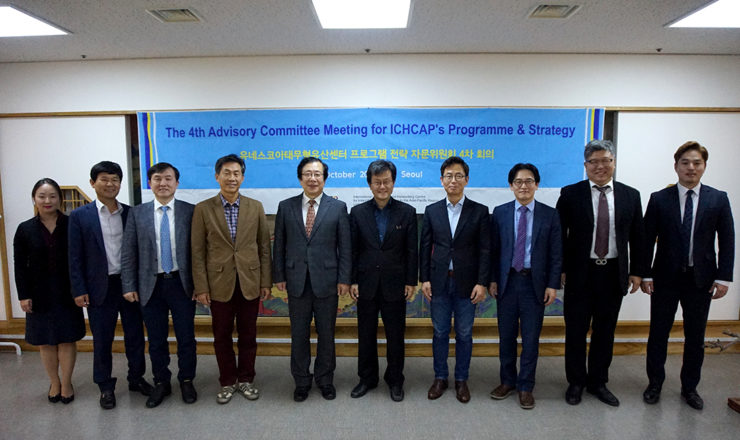 ICHCAP hosted the fourth Advisory Committee Meeting for ICHCAP’s Programs & Strategy on 13 October 2017 at the Cultural Heritage Committee Room of the National Palace Museum of Korea.

During the meeting, the participants examined UNESCO’s recent policy developments on ICH and looked at the results of ICHCAP’s major projects in 2017. They also shared thoughts and advice on ICHCAP’s major projects for 2018, which include establishing a network of ICH NGOs, hosting a UNESCO capacity-building workshop, and building a youth network for ICH safeguarding.

Kwon Huh, the Director-General of ICHCAP, said the Centre will continue to make improvements by taking into account the valuable opinions of the Advisory Committee members since the Centre is facing major changes such as the nomination of UNESCO’s new Director-General and the adoption of the 39 C/5 program and strategy. The outcome of the meeting will be reported during ICHCAP’s governing board meeting in December 2017 before it is reflected in the operation.

The Advisory Committee was established in November 2015 to ensure timely responses to environmental changes at home and aboard and help ICHCAP make effective project strategies from various perspectives. The committee is currently composed of ten expert members working in various fields such as global cooperation with UNESCO, ICH strategies, and creative culture.