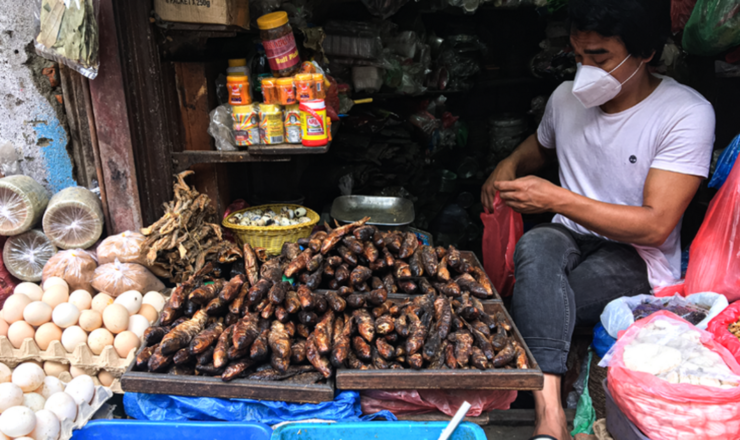 Dry fishes, fermented bamboo being displayed in shop of Kathmandu

Food does not only tell the stories of its ingredients, preparation process and taste but also geography, climate, lifestyle and people of the origin of the food. Food helps us to be familiar with the people and the culture, even though we have never visited the place. Besides visiting new places and seeing wonderful things, trying new food is also one of the main objectives of travel.

Nepal has several ethnic communities living in varying climate. From the flat land of Terai in the south to the high Himalayan range there are many valleys and hills in between. These changing landscapes do not only have diverse communities but also diverse flora and climate, which resulted in the diverse food cuisine. The two neighboring nations China and India have also equally helped in adding the food diversity.

The climate diversity does not only influence on the growth of food verities but also in its preservation and cuisines. To preserve the food for the whole year, many communities use to dry meat and vegetables as well as ferment them. The tradition to use dry green leafy during the off-season was a norm. During monsoon season these leafy vegetable could not grow so they were dried during the winter. Chilies, garlic, vegetables, meat and fish are used to be dried and also ferment vegetables including bamboo shoot. Different ethnic communites use varieties of dry vegetables and dry meat in their cuisines.

With the change of location within Nepal, food taste also changes. Along with the changing seasons and festivities the specialty of food also changes. Every ethnic community has their own special food for their special festivals. So all around the year people eat different verities of food depending on the festival they are celebrating and the geographical locations.

Even many Nepali are not aware of diverse food cultures of Nepal. Despite diversity, there is very few ethnic food culture which are popular among Nepali and tourist. The food culture is known due to the commercialization of food due to restaurants and street food culture. Newa cuisines from Kathmandu Valley, Thakali food from western Nepal is now very well known in Nepal and abroad. There are many restaurants and local food with these food cuisines. The popularity of these foods has also helped in the recognition of food related cultures. 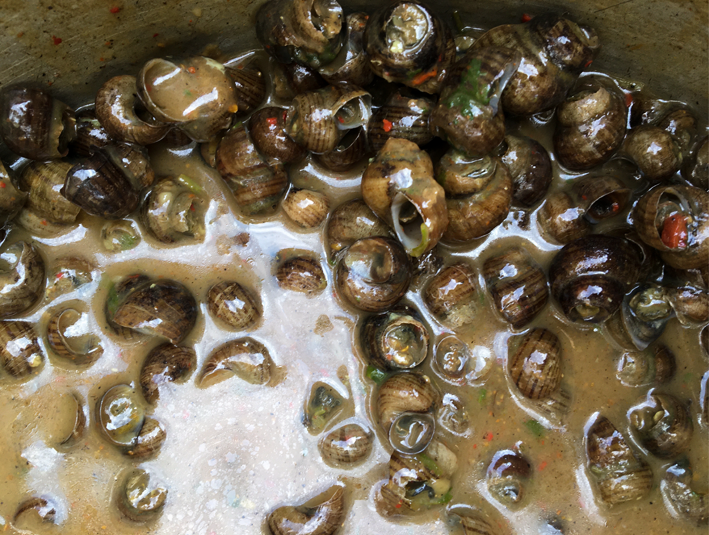 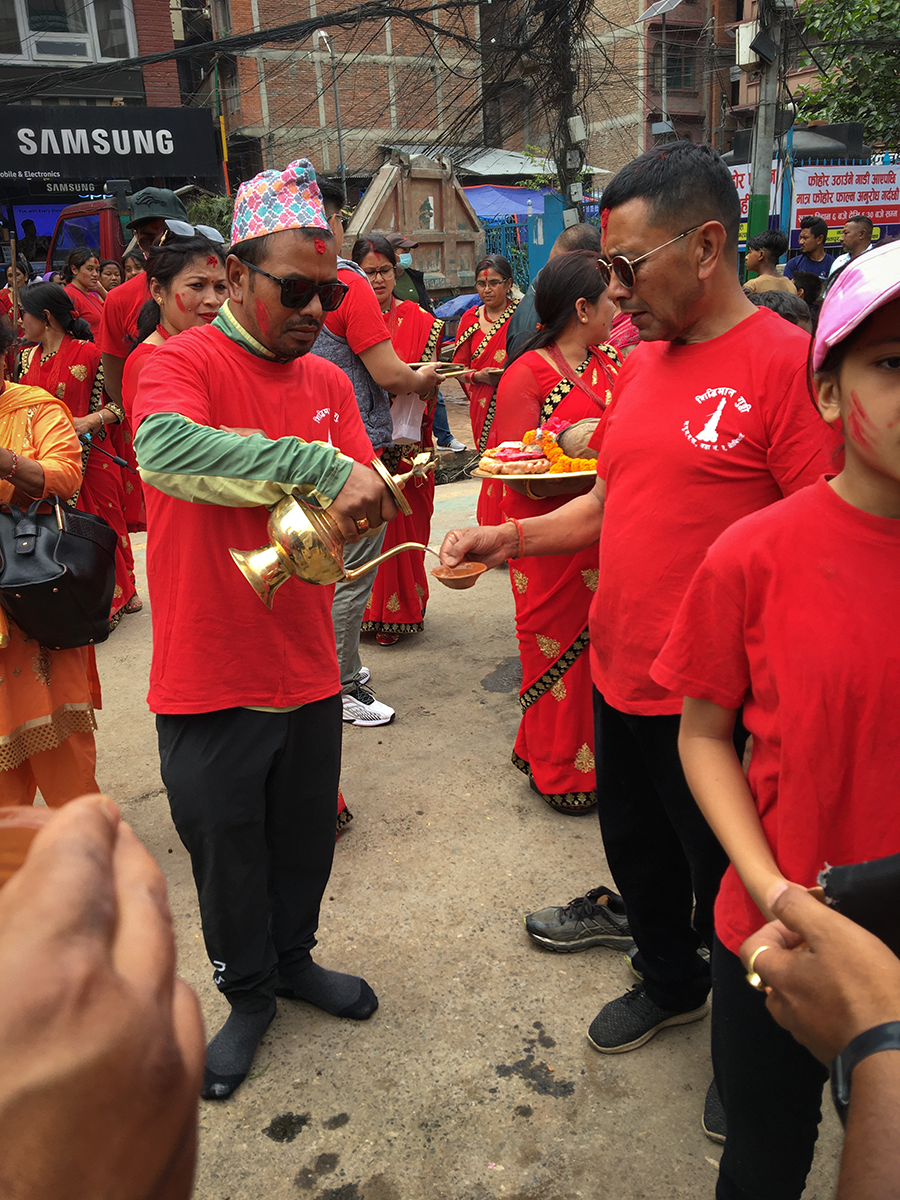 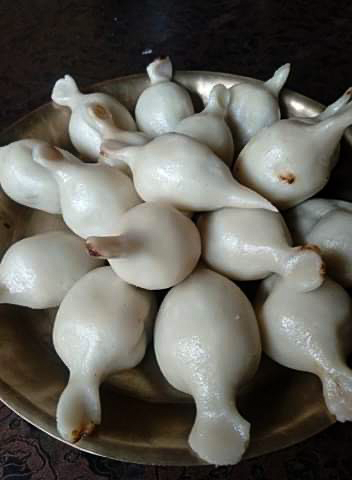 While there are many ethnic communities whose food culture has not been explored well. Due to lack of recognition many ethnic cuisines are also misinterpreted. One of such example is of Tharu communities. They are the indigenous communites of southern Nepal in Terai. Traditionally they depend on forest for their food and many of their food still comes from forest. One of the delicacies is ghonghi, which are mud-water snails found in paddy field and streams. These snails are cooked with spices after cleaning and boiling.

Due to lack of knowledge of food culture, people form Tharu communities are teased as the people who eat snails. There is now need promote the food which are under represented. Some Tharu restaurants have opened up in cities that are helping to promote the food culture.

Gastronomy of Nepal is very diverse as its culture. There are still many cultures within Nepal that need to be explored for its food culture.