Finale of ‘Children Are Painting the World. Asia’ 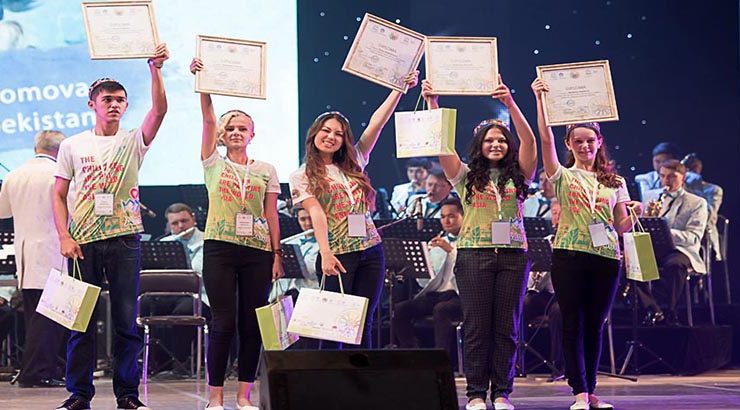 The winners of the “Children Are Painting the World. Asia” project were awarded during the Final of the International Festival that was held on 7 September 2016 in the Kazakh State Academic Theatre of Opera and Ballet named after Abay, in the framework of celebrating the 1,000th anniversary of Almaty. The project covered 7,000 young artists from China, India, Japan, Kazakhstan, Korea, Kyrgyzstan, Mongolia, Russia, Tajikistan, and Uzbekistan.

The main aim of the festival was to develop creative and talented youth, promote intercultural dialogue and mutual understanding, and strengthen ties among the rising generations in the region.

Event was organized by the Kazakhstan National Federation of UNESCO Clubs in cooperation with the Foundation of the First President of the Republic of Kazakhstan—the Leader of the Nation and the Akimat of Almaty City. The project was supported by