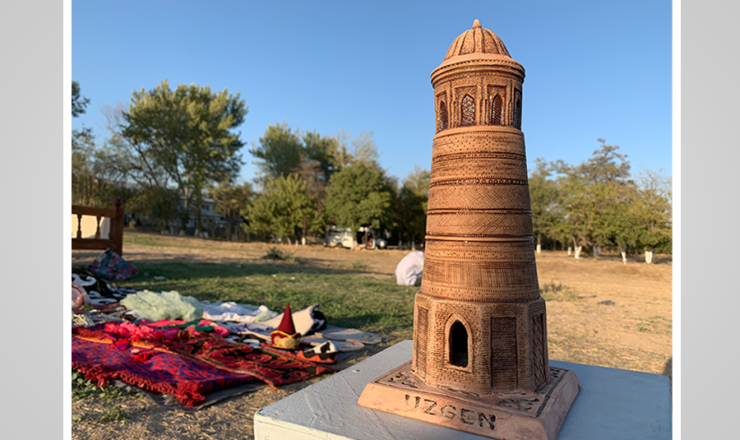 The official guests of the festival were the President of the Kyrgyz Republic Sadyr Japarov, deputies of the Jogorku Kenesh (parliament of the Kyrgyz Republic), Secretary General of Parliamentary Assembly of Turkic-speaking Countries (TURKPA) Mamayusupov Altynbek, the Head of the UNESCO Almaty Cluster Office for Kazakhstan, Kyrgyzstan, Tajikistan and Uzbekistan Krista Pikkat etc. 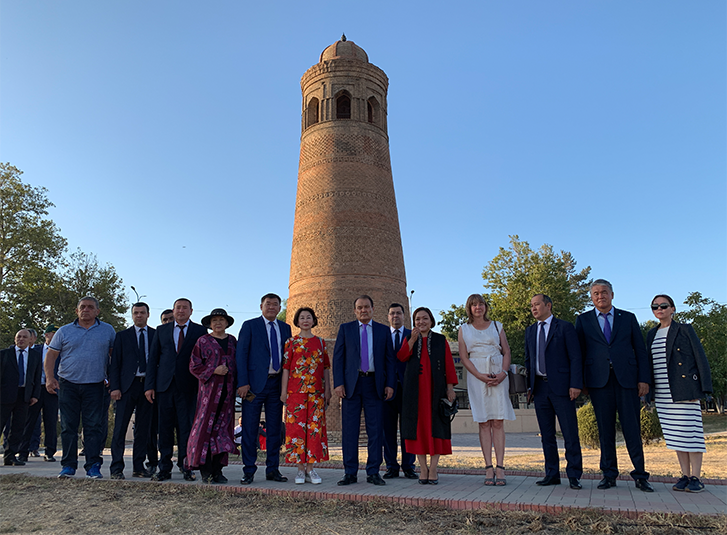 During the speech, the President noted the importance of preserving the historical and cultural heritage of ancestors transmitted from generation to generation over centuries.

During the festival, different exhibitions of crafts and an oriental fair, the scientific and practical conference, competition of poets-improvisers, big gala concert dedicated to the ethno-folklore festival ” Uzgen-Munara 2021″ was held. Outstanding representatives of the art of improvisation – manaschi, poets-improvisers, dastanchys, as well as masters of various types of art took part in the festival. In honor of safeguarding and contributing to the cultural heritage, manaschi and akyns-improvisers, who came to the festival from all regions of Kyrgyzstan were awarded.