The List of Intangible Cultural Heritage in Need of Urgent Safeguarding

The List of Intangible Cultural Heritage in Need of Urgent Safeguarding features vulnerable living heritage elements under threat. The intent is to mobilize international cooperation and assistance to strengthen the transmission of these cultural practices, in agreement with the concerned communities. Two elements from the Asia-Pacific region were inscribed.

Lkhon Khol Wat Svay Andet is a community-based performance by masked men accompanied by music and melodic recitation in a Buddhist monastery of Wat Svay Andet that aims to ensure the community’s protection and prosperity by winning the favors of Neak Ta, a guardian spirit of the place and its people. After generations of transmission, the element’s viability has been weakened by environmental factors, economic migration, insufficient resources, and the effects of war and the Khmer Rouge regime.

The system is used to gauge the appropriate time for sowing seeds and predicting natural calamities as well as in animal husbandry. Suri jagek is also the basis of the Kalasha calendar. The practice persists as an oral tradition but is declining due to the advent of digital instruments and lack of awareness of its cultural significance and benefits.

The Representative List seeks to enhance visibility for the traditions and know-how of communities without recognizing standards of excellence or exclusivity. Nine inscribed elements from the region were inscribed.

The epic culture, folk tales, and music of Dede Qorqud/Korkyt Ata/Dede Korkut (Grandfather Qorud) are based on twelve heroic legends, stories, and tales and thirteen traditional musical compositions transmitted orally through performances with specific cultural codes and musical compositions. The legendary character of Dede Qorqud appears in each story as an old man whose words, music, and expressions of wisdom relate to traditions associated with birth, marriage, and death. The practice contains knowledge about the history and culture of Turkic-speaking communities and is practiced and sustained on a variety of occasions.

Lum Medicinal Bathing of Sowa Rigpa is a practice developed by the Tibetan people as part of a worldview based on five elements and a view of health and illness centered on three dynamics (Lung, Tripa, and Pekan). In Tibetan, lum indicates the traditional knowledge and practice of bathing in natural hot springs, herbal waters or steams to adjust the balance of body and mind, ensure health, and treat illness. The element plays a key role in improving health conditions and promoting respect for nature.

Ssireum wrestling from North Korea and South Korea was jointly inscribed on the Representative List of the Intangible Cultural Heritage of Humanity. Ssireum is a type of wrestling to put the opponent down by grabbing the fabric strap that he has tied around his waist and a thigh. According to Martial Arts of the World: An Encyclopedia of History and Innovation (2010), Ssirum is said to have evolved into military applications, before becoming a popular pastime, still practised by thousands today. These festivals generally coincide with the annual agricultural cycle, just like in past centuries. The winner of the competition wins an ox or bull – which is also a centuries-old tradition.

Japan—Raiho-shin, ritual visits of deities in masks and costumes

Raiho-shin rituals take place annually in different parts of Japan on days marking the beginning of the year or a change in season. The rituals stem from folk beliefs that deities (the Raiho-shin) visit communities and usher in the New Year or season. During the rituals, local people dressed in outlandish costumes visit houses, admonishing laziness and teaching children good behavior. The head of the household then treats the deities to a special meal although in some communities the rituals take place in the streets.

Traditional spring festive rites of the Kazakh horse breeders mark the end of the old and the beginning of the new yearly horse-breeding cycle. Preceded by year-long celebrations, the rites have three main constituents: Biye baylau, the ancient first milking rite; ayghyr kosu, a rite for adjoining stallions in herds; and kymyz muryndyk, the first sharing of koumis, a drink of fermented mare’s milk. Faced with the transition from nomadic to sedentary life in the twentieth century, bearers have adapted traditional horse breeding to present-day conditions.

Dondang sayan, a traditional Malay art, combines elements of music (violins, gongs, and tambourines or tambours), songs, and chants and features melodious strains of poetry. Based on tradition, dondang sayang performances are accompanied by music and sung by two singers of the opposite sex, who sing in quatrains. Performances are open to all, and the art strengthens community bonding by conveying positive messages and sharing feelings of love, joy, and sorrow. Performances are held regularly, especially during gatherings, festivals, and parties.

Chakan embroidery is the practice of sewing ornaments, images of flowers and symbolic drawings with colorful threads, on cotton or silk fabrics. Chakan embroidery is used to decorate clothing and household items. It features symbolic depictions and mythological images relating both to the natural environment and the cosmos, expressing people’s hopes and aspirations. The products are expressions of beauty and of the ties that connect humans and nature. Younger generations learn the art from their mothers, grandmothers, and older sisters as well as through the ustod-shogird (master-apprentice) method.

The Khon Masked Dance-Drama in Thailand is a performing art combining graceful dance movements, instrumental and vocal renditions, and glittering costumes. Khon performances, which have a strong didactic function, depict the life and glory of Rama, the hero and incarnation of the god Vishnu, who brings order and justice to the world. While Khon was traditionally transmitted in royal or princely courts and in dance masters’ households, nowadays transmission occurs mostly in educational institutions while still adhering largely to traditional methods. 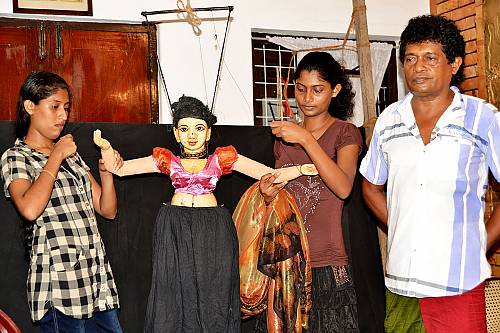 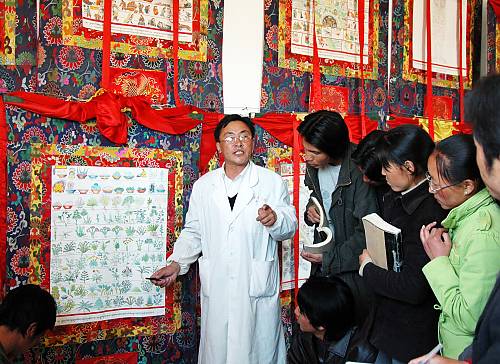