Effects of Covid19 on the Continuity of Festivals 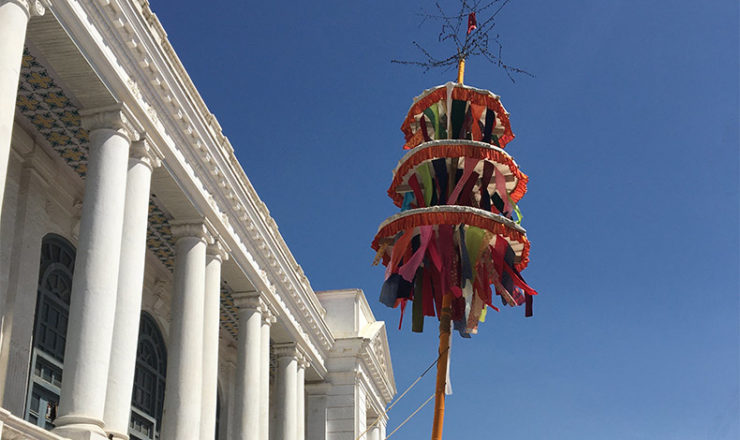 Kathmandu Valley, the land of festivals, rituals, and celebrations all around the year, has its fair share during the spring as well. The festival of colors signifies the arrival spring and warm weather. It is celebrated on the full-moon day, which normally falls in the month of March depending on the lunar calendar. Also, several festivals and chariot processions follow afterwards and are specific to cities and towns within the valley. These festivals have continued since their inception, even when the devastating earthquake hit Kathmandu Valley in 2015.

But this year the global coronavirus pandemic threaten many festivals, which have been halted or celebrated with few participants. Holi, which used to be celebrated in huge groups were celebrated with just families and in smaller groups. The rituals associated with Holi, like raising and falling of chir—a long wooden pole with multicolor clothes hanging on it as umbrella were performed. This year Holi was celebrated on 9 March in Kathmandu Valley, and with threat of spreading Corona Virus, the government of Nepal issued notice not to have a mass gathering. So the festival of color was celebrated with just families and was not in a celebratory mode like in previous years.

After that, most of the festival that followed were not held this year, limiting to just formal rituals. Pachare, one of the major festivals of Kathmandu, saw just family rituals and celebrations within families. The celebration with gatherings of different localities with the mother goddess in palanquins was halted. During the same time, the Nepal army used to hold a horseracing festival in Tudikhel (a large open space within Kathmandu), which also gave the festival name Ghode Jatra for the non-Newa community. This public event used to be attended by high-profile people of the country including the President and Prime Minister. This year just few days ahead of the event, the Nepal army canceled it.

Similarly, with the stress of the rapid spreading of the coronavirus all over the world, the other festivals are also being cancelled. The organizing committee of chariot procession of Seto Machindranath held a meeting and cancelled the yearly procession. Every year the festival chariot procession takes place in March or April for four days in Kathmandu with huge fanfare. This year it was supposed to take place from 30 March to 2 April.

Following Kathmandu, the major festival of Bhaktapur “Biska Jatra,” which is celebrated for eight to nine days depending on lunar calendar was also cancelled this year. This year the festival was supposed to take place from 9 to 17 April, with the events like chariot procession, raising wooden pole called yosi, several other rituals, and so on. During this event, there used to be a mass gathering, people participating as well as spectators even from the neighboring cities. After meeting with the local government, municipalities, community leaders, and Guthi members, the decision was made not to continue the festival this year. Like in other places, the community decided to go ahead with just formal rituals.

The festivals in Nepal are not just for public gatherings, music, and dances but also for the extended family members to get together and strengthen the family ties. This is the first time that these major festivals were discontinued as people are advised to keep social distancing and in lockdown. The effect of Covid-19 also was seen in the small community rituals of Guthi. The social association used to have many community specific rituals in the springtime.