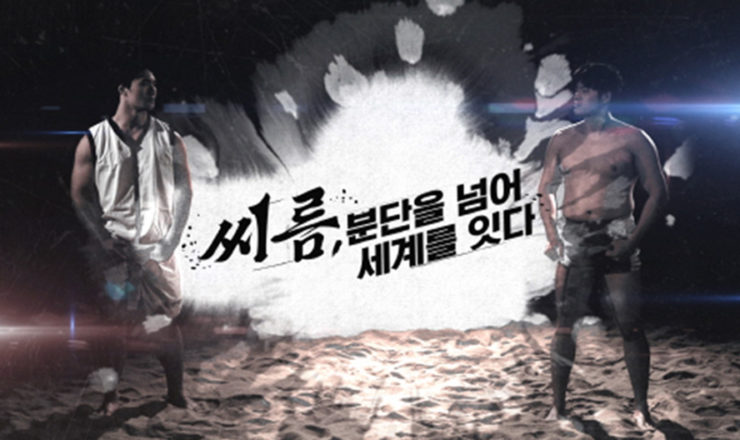 Ssireum, Beyond Division and Connecting the World ⓒ Cultural Heritage Administration of Korea

Ssireum, Beyond Division and Connecting the World, a special documentary on traditional Korean wrestling, won the Gold Remi Award in the TV Special Documentary category at the 53rd WorldFest-Houston International Film Festival. The film was co-produced by the National Intangible Heritage Center (Director Yeonsu Kim) under the Cultural Heritage Administration of Korea and the Korea International Broadcasting Foundation (a.k.a. Arirang, CEO Seung Youl Lee).

Ssireum, Beyond Division and Connecting the World is a sixty-minute documentary on ssireum, which was jointly inscribed by South and North Korea on UNESCO’s Representative List in 2018. The documentary, which was produced to promote the traditional wrestling from around the world, consists of two parts, each thirty minutes long. In the first part, the film explores ssireum of the people by highlighting the history and transmission culture of ssireum, barehand martial arts of the world, the special features of ssireum, and ssireum as a modern sport. In the second part, the film focuses on ssireum as an intangible cultural heritage of humanity by exploring different aspects of ssireum in the two Koreas, ssireum as a community culture (such as seasonal customs and a lifetime sport), and Korean ssireum on the world scene.

The film was produced in 2019, and in December the same year, it was aired in 105 countries (140 million TV households) through Arirang TV (Korea & World) and UN’s channel (for UN employees). This year, the film was recognized for its excellence and won the Gold Remi Award in the TV Special Documentary category at the 53rd WorldFest-Houston International Film Festival.

The National Intangible Heritage Center will continue to make efforts to produce, disseminate, and promote ICH content that can be enjoyed by the public.

The WorldFest-Houston International Film Festival is one of the three major international media events in North America, along with the New York TV Festival and the Banff World Media Festival. It is a globally renowned film festival that presents feature films, dramas, documentaries, animations, and experimental films.