Dao Mau: Ritual of the Mother Goddess in Vietnam 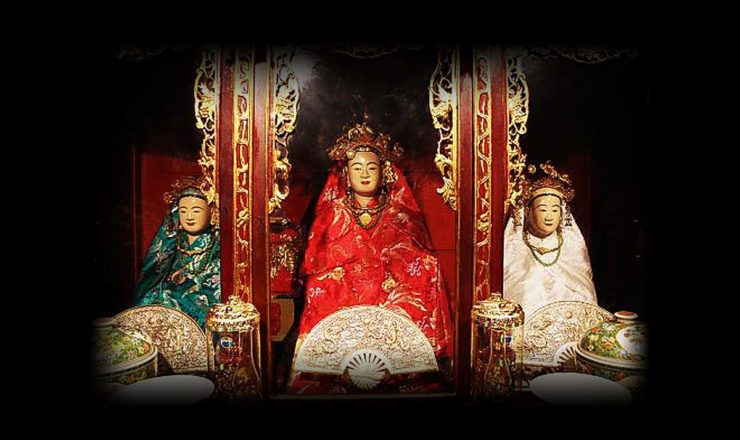 Dao Mau, the Mother Goddess ritual, is an ancient Vietnamese ritual that has been around since the sixteenth century. For the first time, Dao Mau ritual was performed on 18 August 2017 in Sofia, Bulgaria. The performance was organized by the Embassy of Vietnam in Sofia in collaboration with the State Cultural Institute to the Minister of Foreign Affairs. The ritual pays tribute to three spheres of the universe: heaven, water, and earth (mountains and forests).

Lieu Hạnh is a leading Mother Goddess figure in Vietnam. Referred to as the Mother of the World, she is a nymph who descended to Earth, lived as a human, and became a Buddhist nun. The biggest annual festival celebrated is held in Phu Day Temple, Nam Dinh Province. The Mother Goddess ritual includes music, songs, dance performances; performers are dressed in traditional Vietnamese costumes.

It is believed that practicing this ritual maintains culture, history, and heritage as communally shared richness. The ritual encourages good nature in each individual and enhances the connection among community members. Worshipping the Mother Goddess is also a sign of appreciation to the role and contribution of women in society. Recognized by UNESCO, this Vietnamese ritual was inscribed on Representative List in December 2016.