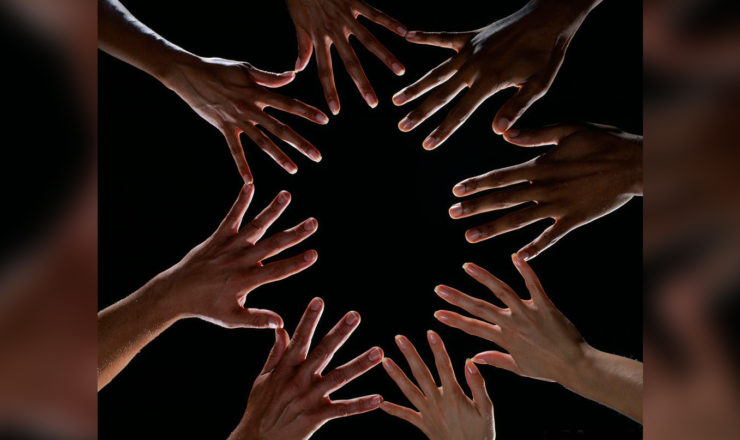 To professionals in the sector of cultural heritage and stewards who recognize its significance to us all, tangible objects and intangible traditions both possess more power than many realize. There is a reason why in times of conflict, historic buildings and the rites and rituals related to these tangible elements are targeted as a means of violence: because as a direct line to identity, community, solidarity, belonging, unity, and connection to the past, both tangible and intangible heritage are an easy target for those who seek to obtain control by dismantling those rudimentary building blocks. Extremist groups, political regimes, and global institutions are all well aware that one of the most fundamental ways to injure a people is to separate them from the elements of cultural heritage that otherwise connect us, fill us up, and provide us with a sense of self, place, and purpose—and ultimately make us human.

The power that cultural heritage holds over entire nations, vastly spread ethnic groups, and displaced people across the globe does increase the vulnerability of the precious manifestations of that heritage—everything from architecture marvels to the surprisingly meaningful trinkets laying around peoples’ houses to the recipes, fairy tales, figures of speech, and traditional melodies passed down from generation to generation. But this strong influence can also be harnessed as a more positive asset, especially in the aftermath of conflict and trauma.

As communities heal from the wounds carved by violence and destruction in contexts like war, political upheaval, civil unrest, or natural disasters, cultural heritage may be a lifeline to which they can cling. Programs offered by global organizations like ICCROM and grassroots movements alike are mobilizing cultural heritage in the aftermath of destructive conflicts, fashioning it into a tool that will help to re-establish a sense of unity and identity. Honoring traditions by telling stories, revisiting significant locations, cooking recipes, and documenting intangible heritage offers an arena in which current pains can be momentarily soothed by the comfort of familiar customs and the reunification of a community. The education of local history has offered a similar sense of togetherness through the remembrance of a shared past, in which our identities the present day are so deeply rooted. But furthermore, history adds a layer of perspective, accounting for many of the grudges and lingering pains in which modern conflicts are often steeped.

Outside of conflict zones, heritage can continue to pull its weight in the post-conflict recovery process. As refugees navigate displacement in new environments, collections at museums containing heritage objects that hail from their home countries can become touchstones of familiarity and opportunities for intangible heritage to be remembered and maintained. Through both the tangible objects themselves, which may hold particular significance and meaning to the people who come from the same cultural background, and through the elements of intangible heritage, memory, and identity that the items invoke, historical artifacts can be instrumental in establishing new communities and connections among immigrants and refugees.

Several museums have recognized their role as meeting places offering programs in which displaced communities are trained as museum guides and deliver tours in their native languages, projects like this enable displaced people to be connected to their heritage while participating in the exchange of diverse cultural experiences within the museum. Although the tangible collections are the base of such initiatives, they also provide a venue for language, memory, culture, and identity to be expressed and kept alive.

Both on the ground as the dust settles in post-conflict zones and in widespread corners of the globe where displaced persons start new lives, cultural heritage has great potential to serve as a steppingstone as individuals and communities take steps forward in their healing process. In reconnecting individuals to the traditions, memory, community, shared history, and identity that shapes every one of us, heritage is undoubtedly powerful. But beyond this, in its appeal to the part of the human psyche that inherently yearns to belong to something, to know where we have come from, and to feel safely held by the cultures, which serve as a placeless home, some would argue that heritage is essential.