Coral Stone Mosques of the Maldives: The Vanishing Legacy of the Indian Ocean 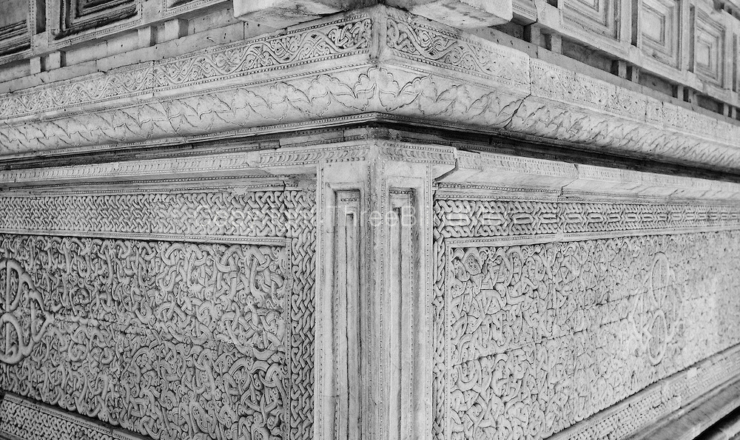 The Department of Heritage of the Republic of Maldives held an exhibition to display architectural drawings showcasing Maldivian craftsmanship skills at Maldives National Museum of the Maldives from 28 May to 31 July 2017. The event also featured the illustrations on Maldivian coral carpentry by a renowned Maldivian architect, Mohamed Mauroof Jameel. In the opening ceremony of the exhibition, “Coral Stone Mosques of the Maldives: The Vanishing Legacy of the Indian Ocean” was launched. It is a book detailing the architecture and coral carpentry of coral stone mosques co-authored by Mohamed Mauroof Jameel and Yahya Ahmad, a Malaysian architect.

The coral stone mosques in Maldives embody the intricate carpentry skills of the Maldivian. Intricately carved, they are exceptional with their lacquerware; an architectural creation seen only in Maldives. Coral carpentry dates back to the Buddhist era in the twelfth century and continued till the introduction of masonry in the late eighteenth century. As the only long-lasting and easily available materials were coral stone and timber, coral stones became the primary building material for monumental buildings. Skilled workers would lift live reef coral boulders or Porite corals from the seabed, cut them into stone blocks while still soft, air dry, and then interlock them to build an edifice. The method of construction using coral blocks was the tongue and groove method, an excellent building technique used in the ancient Maldives. Coral stone construction became even more refined during the emergence of Islam, particularly when the cutting techniques of Swahili region in East Africa influenced Maldivian artisans. The fusion of Buddhist and Islamic cultures in Maldives is reflected in the architecture of the mosques.

However, removing corals is now prohibited due to environmental implications. The physical setting of the Maldivian islands with faros (ring-shaped reefs) by reef sediments resulted in the formation of coral reef islands. It is believed that the traditional lifestyle of the people had almost negligible impact on the marine environment. Being a country with more territorial sea than dry land, Maldivians highly depend on resources from the sea. Henceforth, coral reefs are not only economically important to Maldives in terms of revenue since they also function as a buffer to shorelines from wave action and other oceanic processes. It is found that coral mining for coral carpentry could be highly destructive and is carried out at a high cost to the reef environment with a very small return of corals as building materials. Consequently, the Government of Maldives is controlling coral mining with legislation, mindful of the environmental implications of such practice.

The only coral stone mosques left are those that were built during the ancient times. Maldivians do not practice coral carpentry anymore; however, coral carpentry as a skill is still being transmitted for the future generations. The existing coral carvings and construction are safeguarded by the government and local communities. This heritage embodies spiritual values and history of the Maldivian communities.