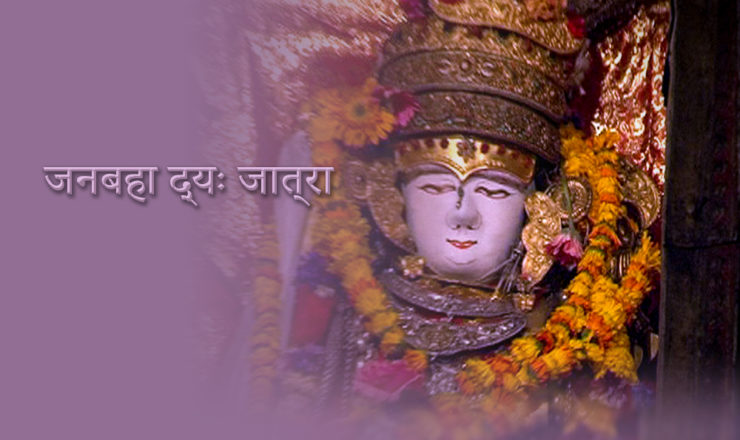 Chariot festivals are interesting events in Kathmandu Valley where various communities come together to worship and celebrate; Janabaha Dhyo Jatra (as known locally) or Seto Machindranth Jatrar of Kathmandu is one such festival. The festival starts on Chaitra Sukla Asthami according to the lunar calendar. This year, a three-day festival will be celebrated from 26 to 28 March 2018.

Surrounded by various stupas and statues of gods and goddesses in Janabaha Temple is a statue of Janabaha Dhyo, one of the eighteen chief Vihara of Kathmandu. The deity is worshiped as a form of Aryavalokitesvara and worshiped both by Hindus and Buddhists. The divine white face and feet are only the visible part of the statue while the rest is covered in cloth and jewelry. The Buddhist priest community looks over the deity, temple, and rituals all year round.

During the festival, Buddhist priests put the statue in a palanquin and carry the deity from the temple to a place near Sanskrit College in Jamal. Once there, the deity is placed on the  wooden chariot that the farmer community in Jamal would have constructed days before the procession. The wooden chariot is believed to be the where a potter found the deity while digging for clay. Assembled without using any nails but ropes made up of beda plant, the chariot is about ten meters high with four huge wheels with a long wooden pole in the front. The wooden chariot is built using almost three hundred pieces of wood, and the construction technique gives it flexibility while the devotees pull the chariot with the help of the rope. The chariot is in a sikhara style; gajura is placed on top. The chariot is decorated with juniper leaves.

The chariot procession takes place with all its fanfare. Gurjuya Paltan, the traditional army band, also joins the procession, including traditional musical groups from various quarters of the city and belonging to different castes. The procession follows a narrow path from the Tindhara Pathasala and enters the dense city through the Bhotahity (entry point of the ancient city). The chariot journey ends a ta place called Lagan. From there, the deity is carried back to the temple in a palanquin.

Various activities are held during the chariot procession; devotees come to pull the chariot while crowds stand in the street to watch. With vibrant colors, the chariot seemingly provides euphoria everywhere it passes. Devotees also come to worship the deity and light butter lamps in the morning and at night when the chariot is at rest. After the procession, the chariot is dismantled and the wood is saved for the next year.