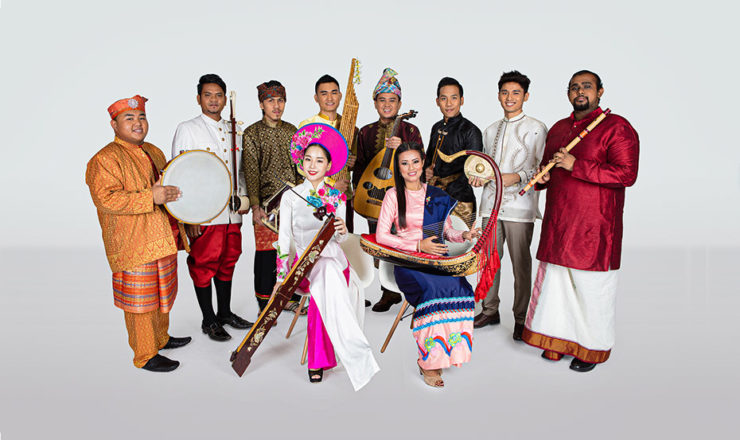 Many wonderful compliments were paid to the performance of the ASEAN Anthem, “The ASEAN Way,” at the opening ceremony of the 34th ASEAN Summit. This beautiful performance, enjoyed by the leaders of ASEAN member states and distinguished guests, was given by the ten young musicians of C asean Consonant.

C asean Consonant is a traditional music ensemble composed of ten members from each of the ten ASEAN nations. The founding of the ensemble was an initiative by Ajarn Anant Narkkong, a Thai ethnomusicologist acclaimed for his passion for Southeast Asian musical culture. Playing the role of music director, Ajarn Narkkong has led C asean Consonant together with advisors from other Southeast Asian countries.

What makes C asean Consonant special is that it is a collaborative project providing a platform where young musicians gather to share, exchange and preserve the traditional music of the Southeast Asian region. Communicating through the language of music, the young artists share their understanding of ASEAN identity while promoting the values of their indigenous cultural heritage, which plays a significant role in conserving cultural diversity. Intangible cultural heritage preservation through collaborative projects of this kind is expected to become the model for nurturing a potential cultural industry; in this way, cultural expression will be generated from intangible cultural heritage resources, including the traditional music of the region.

The collaborative project has been brought to life as a series of concerts since its foundation, including the debut concert in 2015, Road Show in Malaysia and Singapore in 2016, plus appearances at events such as the ASEAN–EU Anniversary Concert, the 50th Anniversary Celebration of ASEAN, ASEAN–China Music Week 2017, Shanghai Spring International Music Festival 2017, Bangkok Art Biennale 2018, and the 34th ASEAN Summit. The performances primarily depict the spirit of the ASEAN Community through traditional music, creating a strong bond between the ASEAN countries. Videos of C asean Consonant’s performances can be enjoyed on the C asean YouTube channel.